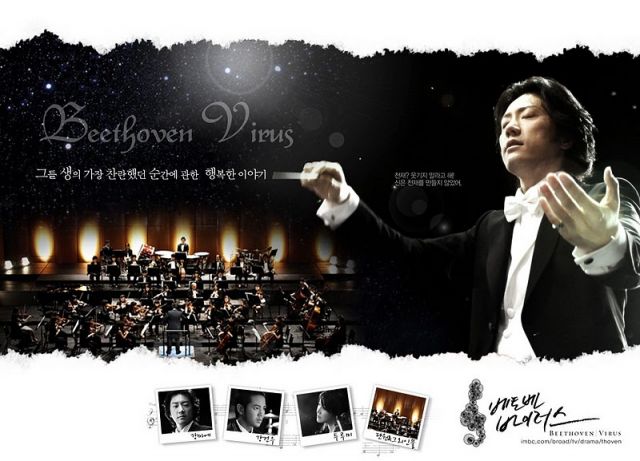 Finally, "Beethoven Virus" will be shown in a major Japanese TV channel in February!

Fuji Television Network, one of the most popular TV stations in Japan, announced in their official site that they will start airing "Beethoven Virus" on Feb 1st. The award winning MBC hit drama will broadcast from Mondays to Fridays from 2:07 - 3:57 pm.

The music-theme television series featuring Kim Myung-min, Jang Keun-suk and Lee Ji-ah has been aired several times on Japanese cable TV. But this time, more viewers will be able to see this wonderful dorama since it will be aired in a major TV station.

For sure, many Japanese ladies will soon fall in love with Kang Mae!

"Beethoven Virus comes to Fuji TV Japan in February! "
by HanCinema is licensed under a Creative Commons Attribution-Share Alike 3.0 Unported License.
Based on a work from this source