Behind the scenes of "Producers" 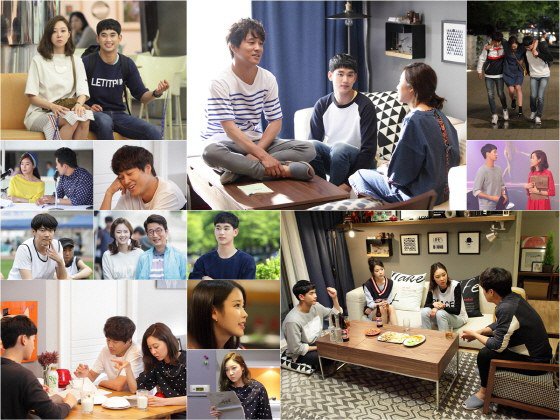 KBS 2TV drama "Producers" revealed behind cuts of the cast.

Cha Tae-hyun is filming Gong Hyo-jin, Kim Soo-hyun and IU playing a game called "Of Course" which is a big hit in the drama and other pictures show the cast rehearsing.

The stills show Kim Soo-hyun, so appealing that all female fans are just melting at his feet. Before the camera starts rolling he's cute and playful but once the 'action' sign falls he becomes Baek Seung-chan and turns completely different.

Cha Tae-hyun looks as comfortable as he may be when he's at home. He's sitting on a table with his legs crossed and talking happily to Gong Hyo-jin and Kim Soo-hyun.

Gong Hyo-jin is showing her love for her script. She's always looking into it during break and working hard to become Tak Ye-jin. She analyzes her emotions while looking at it and even works out a routine with her fellow casts.

IU's smile brightens up the set and her half-moon smile and eyes, sharp nose and red lips show everyone that she is IU indeed.

"Behind the scenes of "Producers""
by HanCinema is licensed under a Creative Commons Attribution-Share Alike 3.0 Unported License.
Based on a work from this source