The rain and wind didn't stop the Red Carpet from happening.

Long dresses were seen everywhere and nude tones in particular too. The wind helped in making the actresses look like goddesses.

Dispatch chose the Best and Worst dressers. The best was without a doubt, Son Ye-jin.

The 'Worst' went to Ha Ji-won. Her hair and outfit as well as make-up, didn't blend. The end of fashion was definitely not the face. 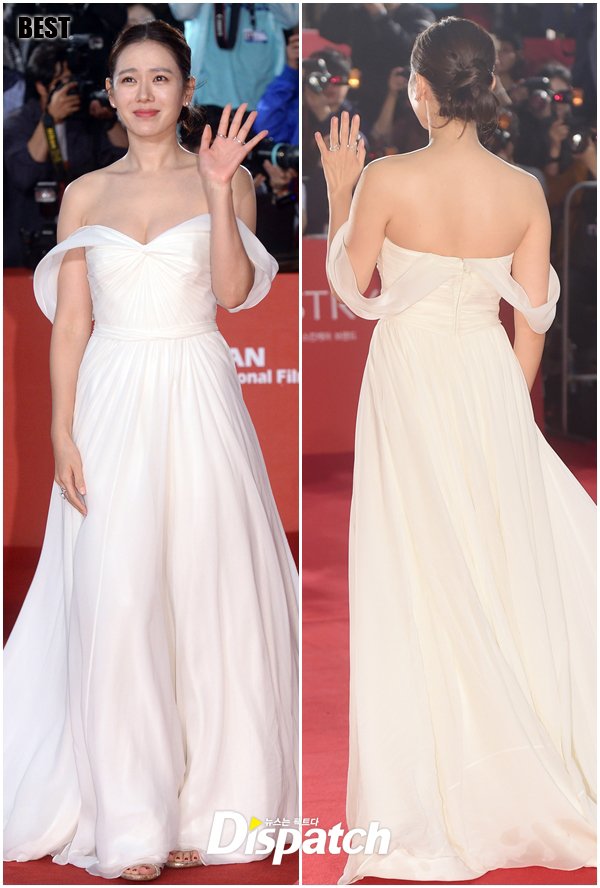 What more is there to say, she's Son Ye-jin.

Son Ye-jin hasn't always been one to be a best dresser. She was always 'too much'.

However, on this day, being Son Ye-jin alone was enough to complete her outfit. She wore a simple white dress with the shoulders dropping down naturally.

She was 110% lovable. Hearts were everywhere and the dress looked better on her fair skin.

Everything was just right. Her minimal earrings and layered rings stood out with her rolled up hair making her face look even smaller. 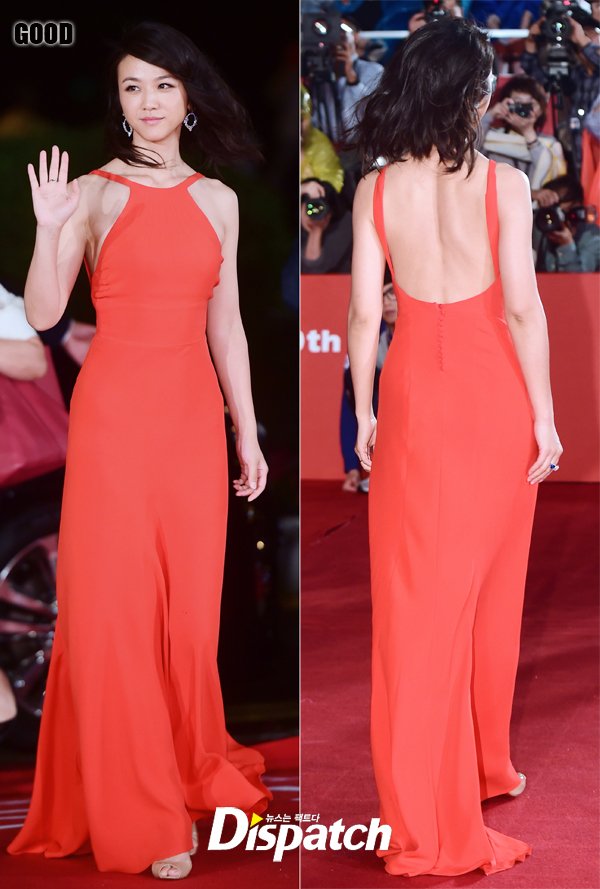 - Good | Tang Wei: The Red Goddess of the great continent

The Red Carpet was red and so was Tang Wei.

China's representing actress Tang Wei wore red with a hint of orange in it. It was a smart choice.

The design was great too. She wore a deep cut dress with the shoulders and back deeply cut. It revealed her collarbones and flawless back line.

The make-up and hair was also a good choice. The overall tone was pink and her hair was divided into a 2:8 ratio. 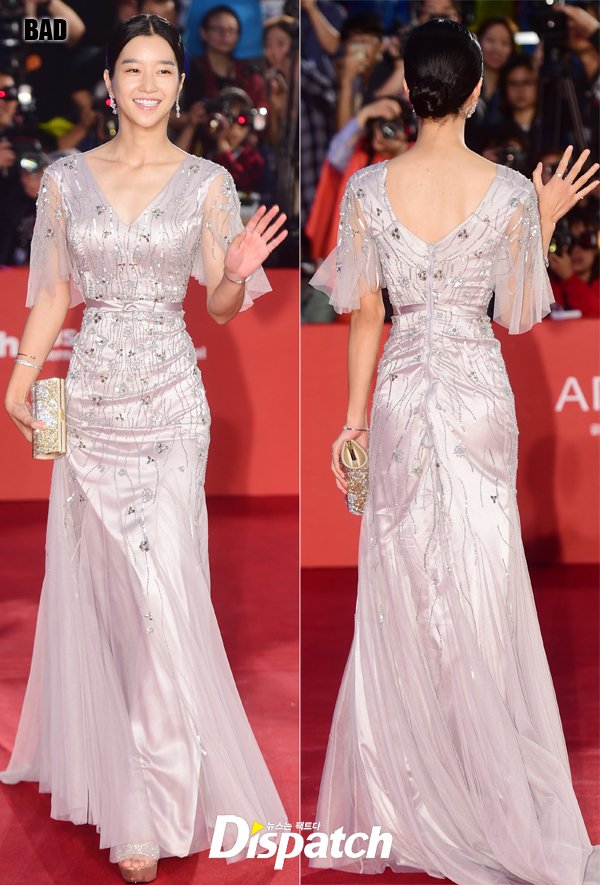 Seo Ye-ji is a new face. However, she was old on the Red Carpet. There was no freshness of a 20-something year-old.

She chose to wear a spangled long dress. She wanted to look fancy but she looked 'old'. The beads made her look older.

The light but dark pink tone of her dress dragged down the atmosphere around her. Her matching clutch bag and metal bangles were a bit too much.

We can imagine the look she was going for, but her wrong choice in items and over-fanciness compared to her simple hair was a nono. 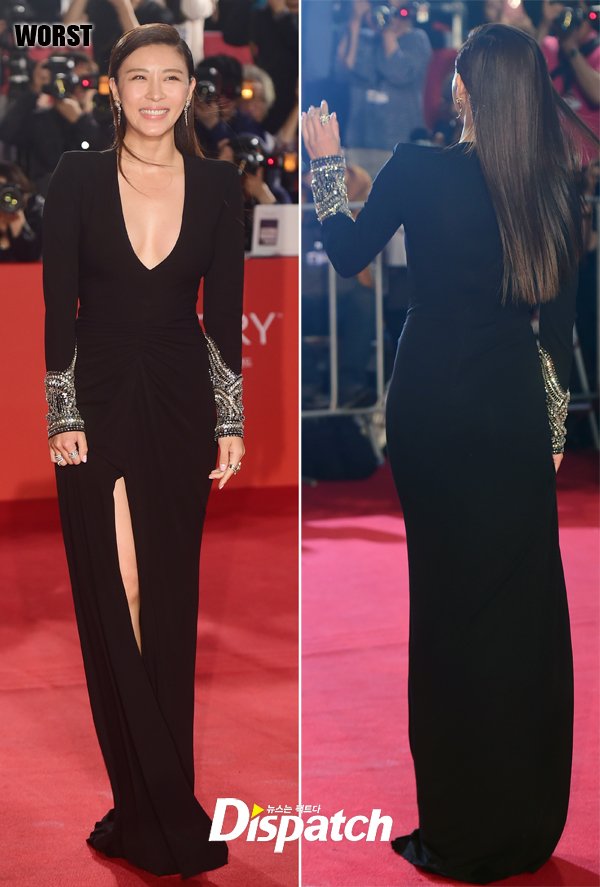 Ha Ji-won likes to be a female warrior and people joke that her role model is the Tomb Raider. She might look good if she does it right, but what happens when she fails?

She attempted at some extreme exposure this time. She wore a long dress with her cleavage showing. Her dress was split open on the sides too.

It was extreme but that's it. It wasn't for her. The sleeves covered her hands and the dress seemed overly large.

Her hair was another thing. She parted her hair 9:1 and had it straight down her back. What was she going for?

There's fashion that Ha Ji-won can't complete even with her face and this Red Carpet proved it. Maybe next time Ji-won.

"[BIFF] 'Best dressed' Son Ye-jin VS 'Worst dressed' Ha Ji-won"
by HanCinema is licensed under a Creative Commons Attribution-Share Alike 3.0 Unported License.
Based on a work from this source