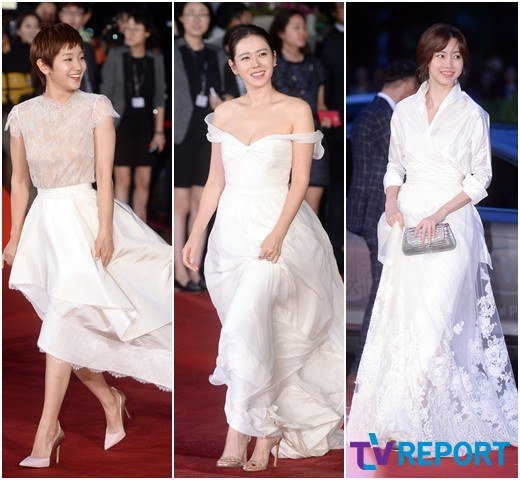 304 films including 94 films for World Premier, 27 films for International Premier from 75 countries will be presented.

"[BIFF] Park So-dam vs Son Ye-jin vs Shin Hyun-bin in white dress on red carpet"
by HanCinema is licensed under a Creative Commons Attribution-Share Alike 3.0 Unported License.
Based on a work from this source