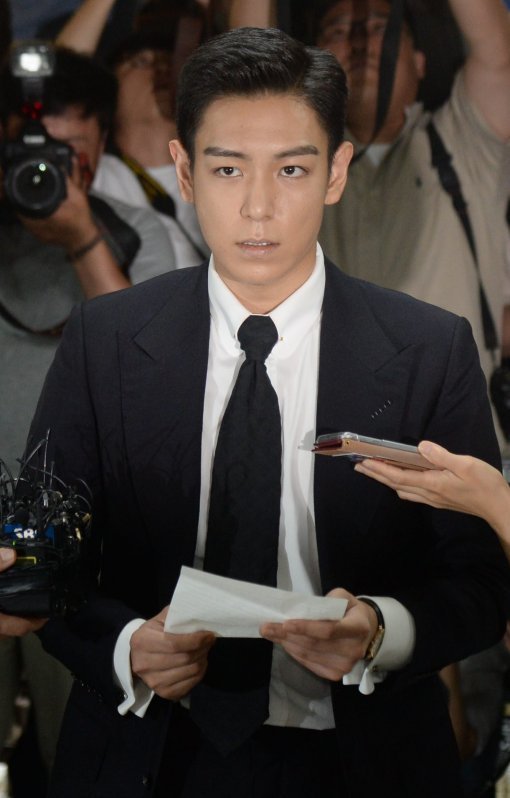 Big Bang's TOP (Choi Seung-hyun), who was accused of smoking marijuana, was discharged from his post as a conscripted policeman and was reassigned to another post as a public duty officer. The Seoul District Police announced that he was notified of this fact on the 25th and papers will be processed today.

It will be acknowledged that he served in the military during his service period from the 9th of February to the 9th of June. TOP was accused of having smoked marijuana at his home in Seoul in Ocotober last year with a trainee called Han. The court sentenced him to two years of probation.

"Big Bang's TOP, compulsory discharge and reassigned to serve public duty "
by HanCinema is licensed under a Creative Commons Attribution-Share Alike 3.0 Unported License.
Based on a work from this source