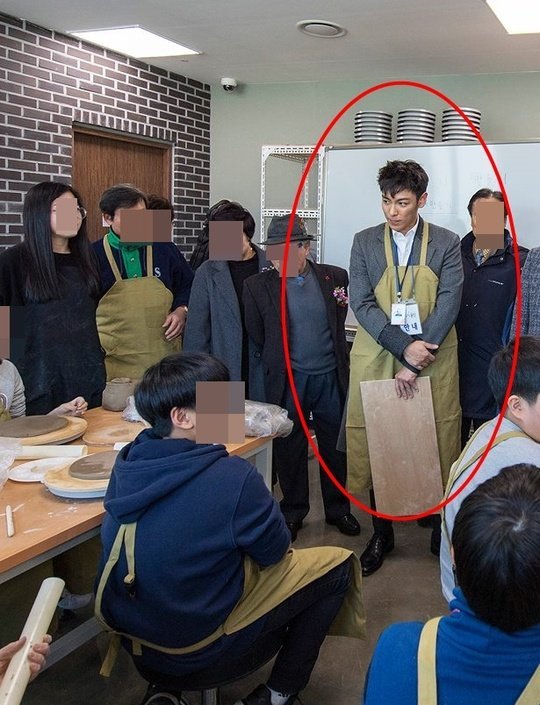 There are items made by the residents of Yongsan and by professionals and most are for sale. The hanbok experience hall is on the second floor and there's space for people to try on and take pictures in their hanboks.

TOP joined the National Service as a duty policeman, but was charged with marijuana usage. He received 10 months of labor, 2 years probation, and a fine and he was deprived of his position as duty police.

He was reenlisted as a social worker and started serving duty at the Yongsan District Offce since the 26th of January. It looks like he was the event guide and he's wearing an apron.

"Big Bang's TOP Seen on Duty at the Yongsan District Office"
by HanCinema is licensed under a Creative Commons Attribution-Share Alike 3.0 Unported License.
Based on a work from this source