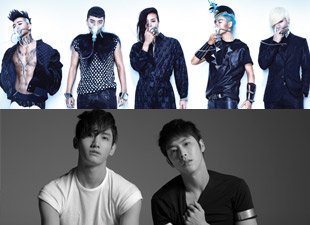 Imagine one stage with Big Bang, TVXQ, Super Junior and U-Kiss. This and more will be taking place at the biggest music festival in Japan, A-Nation.

Those four representative k-pop groups have been confirmed to be performing at the A-Nation festival, which will be taking place from August 18-26. TVXQ will be performing August 19th and the 25th in Osaka and Tokyo, while Big Bang will be hitting the stage on the 26th in Tokyo.

A-Nation has been running for the past ten years as one of the most representative summer festivals in Japan. This year, other popular Japanese music acts on the list are Every Little Thing, Exile, TRF, AAA, and Do Ad Infinity.

"Big Bang, TVXQ, Super Junior, U-Kiss To Perform At A-Nation"
by HanCinema is licensed under a Creative Commons Attribution-Share Alike 3.0 Unported License.
Based on a work from this source