"Birth of a Beauty" Joo Sang-wook, the return of the romance comedy king 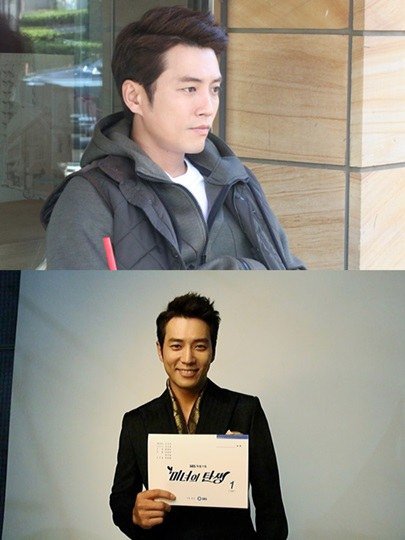 Actor Joo Sang-wook posted pictures of the first making of the drama "Birth of a Beauty" on his fan page.

The pictures he posted show him with various expressions while filming the drama. He is wearing a gentleman suit looking very charismatic and smiling brightly. He plays the role of Han Tae-hee in the drama.

In the speech he made with the picture, he said, "I started filming the new drama. I decided to post a few pictures to let everyone know how I'm doing. The drama has been scheduled a week ahead and we have a long way to go but it's so exciting. I hope you all watch the first show!"

Han Jae-hee is the heir to SJ Group and one who will do anything to get what he wants. He transforms a fat woman completely to get back the woman he loves. This is finally the return of romance comedy king, Joo Sang-wook.

Having starred in various works like "Giant", "Special Affairs Team TEN", "Feast of the Gods" and such, Joo Sang-wook is starring in his second romance comedy drama this time.

SBS "Birth of a Beauty" will be broadcasted on the 1st of November at 9:55PM.

""Birth of a Beauty" Joo Sang-wook, the return of the romance comedy king"
by HanCinema is licensed under a Creative Commons Attribution-Share Alike 3.0 Unported License.
Based on a work from this source