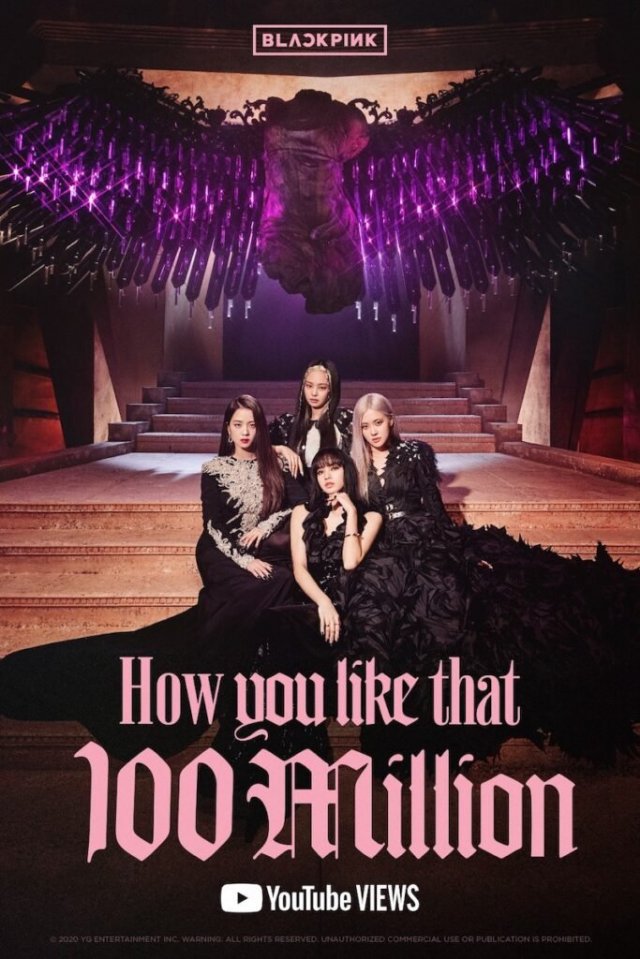 Girl group BLACKPINK have set a new viewing record on YouTube with their new single "How You Like That".

The music video for the song garnered 100 million views on YouTube as early as Sunday morning, some 32 hours after its release, faster than any other video.

The previous record was set by "Boy with Luv" by BTS which reached the mark in 37 hours when it was put on YouTube in April last year.

"BLACKPINK's Latest Video Becomes Fastest to Reach 100 Million YouTube Views"
by HanCinema is licensed under a Creative Commons Attribution-Share Alike 3.0 Unported License.
Based on a work from this source