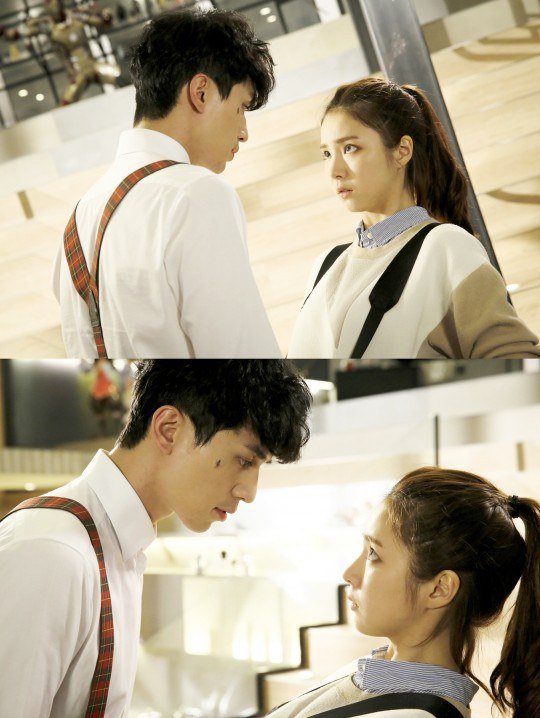 KBS 2TV drama Lee Dong-wook and Shin Se-kyung have an intense current flowing between them.

"Blade Man" is a romantic fantasy drama about Joo Hong-bin (Lee Dong-wook) who has a painful memory of his first love and Son Se-dong (Shin Se-kyung) who is willing to embrace his pain.

The picture released is of them meeting for the first time. Lee Dong-wook has Shin Se-kyung cornered with a cold face. Shin Se-kyung is looking at him right in the eye.

Joo Hong-bin's specialty is his foul mouth which is good enough to win a contest and Shin Se-kyung is not one to be defeated. They growl at each other from the first time they meet and yell at each other too.

Anxiety for the drama builds as the two of them seem very hostile towards each other.

""Blade Man" Lee Dong-wook's first line towards Shin Se-kyung"
by HanCinema is licensed under a Creative Commons Attribution-Share Alike 3.0 Unported License.
Based on a work from this source