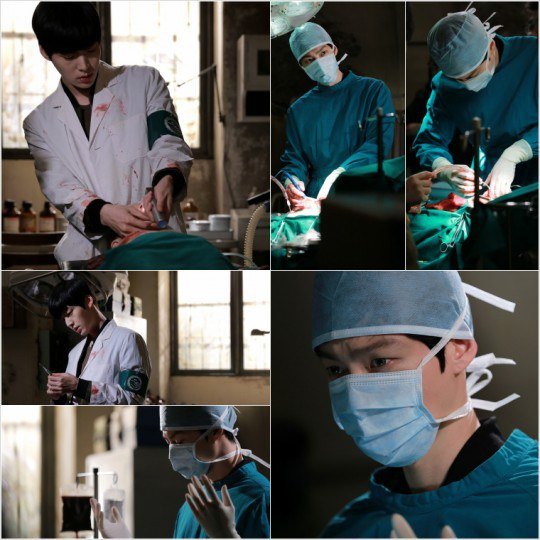 Ahn Jae-hyun stars in the new KBS 2TV drama "Blood" as Park Ji-sang, a handsome and genius vampire doctor. He suppresses his desires for blood and struggles to help those in need.

Ahn Jae-hyun had to act with half his face covered behind a mask this day. His eyes did all the work as they showed full concentration and charisma throughout the whole time he was in surgery. Ahn Jae-hyun was covered in blood as he struggled to save a life.

This surgical scene was taken in a set on the 7th of last month. Ahn Jae-hyun appeared to be nervous but then soon adjusted to the atmosphere. He'd been practicing with surgical tools much before the actual take but still he didn't part from the doctor on-site that was talking him through the process.

IOK Media claims, "He's doing his best in every scene, showing complete concentration. This has never been attempted before in a medical drama and you can definitely look forward to it".

""Blood" Ahn Jae-hyun's first surgical scene"
by HanCinema is licensed under a Creative Commons Attribution-Share Alike 3.0 Unported License.
Based on a work from this source