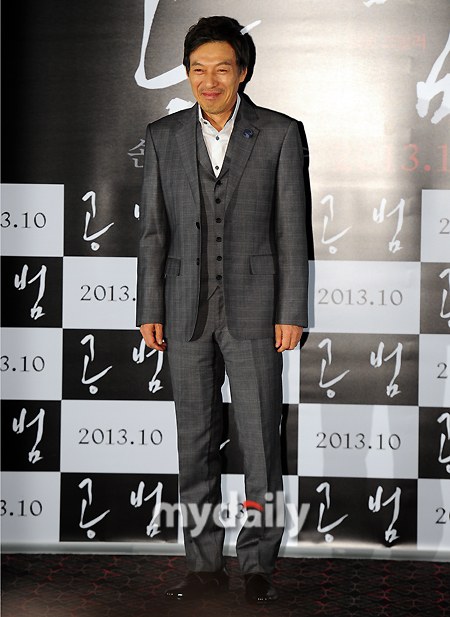 Actor Kim Kap-soo confessed that he was frustrated while filming the movie "Blood and Ties".

Son Ye-jin, Kim Kap-soo and director Gook Dong-seok attended the production press conference of the movie "Blood and Ties" on the 15th.

Kim said, "I have played the role of a very good father. I was popular. This time, I am a good father again and I'm happy with the ending".

When he was asked if he felt catharsis as the father of actress Son Ye-jin and he said, "I was frustrated. I wanted to go scream somewhere".

"Blood and Ties" is about a daughter who thinks of her father after hearing the voice of a murderer who put the whole country into shock with 15 days left before the statute of limitations.

Son Ye-jin is Da-eun who suspects the father she loves. This is the first time Kim Kap-soo and Son Ye-jin working together in 7 years since the 2006 drama "Alone in Love".

""Blood and Ties" Kim Kap-soo"
by HanCinema is licensed under a Creative Commons Attribution-Share Alike 3.0 Unported License.
Based on a work from this source