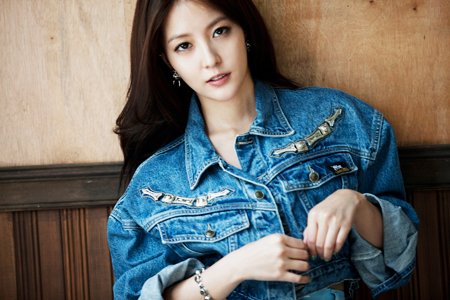 Title track 'Only One' composed, written by 25-year-old singer

But with a new studio album out next week she will bid to reaffirm her position as the queen of K-pop.

Her agency, SM Entertainment, said Sunday that her seventh album titled "Only One" is set to be released through various musical online sites on July 22 and hit the shelves on July 25.

It comes two years after "Hurricane Venus" and is drawing high level of expectations from media and fans around the world, as it is the first time that the 25-year-old has composed and written the title track 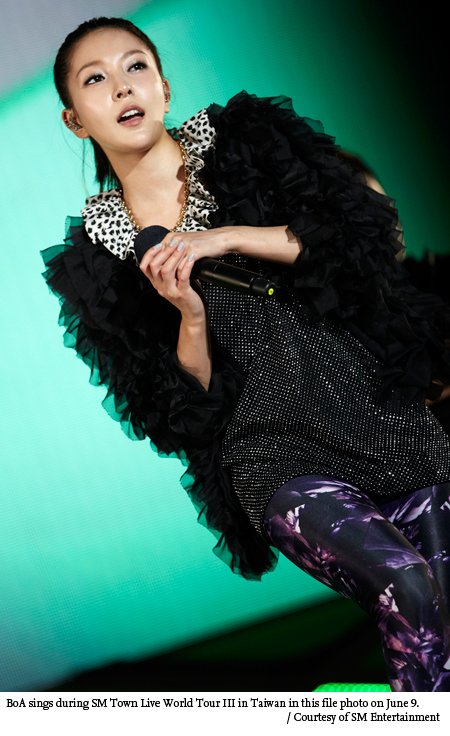 Having swept to the top of the Japanese and other Asian music markets as a teen, BoA returned to the local limelight on "K-pop Star" last year after establishing herself in Japan. She served as one of the three judges along with Yang Hyun-suk, CEO of YG Entertainment, and Park Jin-young, CEO of JYP Entertainment.

On the program, she once broke into tears as she empathized with the pressure the young contestants were facing. Fourteen-year-old Park Ji-min won the contest, taking home 300 million won and earning a contract with JYP Entertainment.

BoA was only 11-years-old when her musical talent was discovered by SM Entertainment, also home to Girls' Generation and Super Junior. She is among the first generation of K-pop stars groomed by entertainment agencies before making their debut.

BoA underwent two years of training before she released her debut hit album "ID; Peace B" in 2000. But it was less successful than the singer and her agency had envisioned in Korea and they turned their eyes to the Japanese market.

BoA is credited as being the first K-pop star to successfully crack the Japanese market. In 2001, she made her debut there with a Japanese version of the single "ID; Peace B". The singer shot to stardom with her first studio album there "Listen To My Heart", which topped music charts such as Oricon.

She became the first Korean singer to rank on America's Billboard 200 with her first U.S. single "Eat You Up" in 2008.

Meanwhile, BoA will serve as a judge for the second season of "K-pop Star", which will begin in August.

"BoA, queen of K-pop, returns with new album"
by HanCinema is licensed under a Creative Commons Attribution-Share Alike 3.0 Unported License.
Based on a work from this source