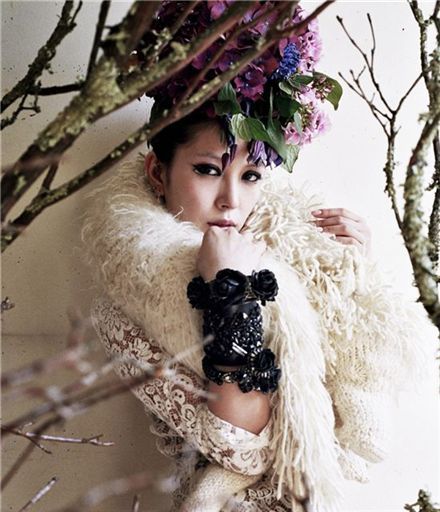 Korean songstress BoA scored her first win on televised music program KBS' "Music Bank" with her song "Hurricane Venus" over the weekend after having given her comeback performance just the previous week.

"I want to thank everyone at the agency who has worked hard and for a long time with me on this album, as well as my fans", the K-pop idol said in her acceptance speech, while during her encore performance, her back dancers tossed her into the air to celebrate her win.

BoA, 23, has returned to the local music scene with her sixth full-length album "Hurricane Venus" after her last release five years ago. She gave her comeback performance performing the title track "Hurricane Venus" and "GAME" on various music shows last week.

SHINee has been enjoying a successful return with the second full-length release "LUCIFER", which topped numerous web-based music charts as well as offline music charts since it hit stores on July 19.

"BoA takes first win on "Music Bank" after comeback"
by HanCinema is licensed under a Creative Commons Attribution-Share Alike 3.0 Unported License.
Based on a work from this source