BoA to Debut in Hollywood 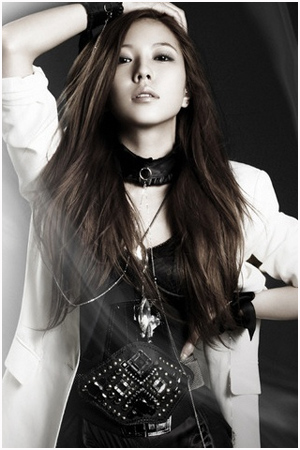 Derek Hough, the champion of an American dance competition, will appear as BoA's counterpart in a Hollywood movie "Make Your Move".

SM Entertainment (hereafter refer to SM) said on January 28 that the counterpart to BoA (25), who delivered the news about her debut in Hollywood last August, has been decided. SM said, "The champion of the famous American dance competition program on ABC entitled 'Dancing with the Stars', Derek Hough, has been cast as the counterpart to BoA in the movie 'COBU 3D'". Derek Hough won three times in "Dancing with the Stars", and became a star actor with his appearance in the musical work "Footloose: The Musical" in London.

BoA and Hough will appear as dancers who have grown up in different environments. They belong to different underground clubs in New York and have to compete against each other, but they fall in love like Romeo and Juliet. SM explained that the movie, which will be a 3D dance movie based on a beautiful love story, would begin filming from this spring in Toronto and New York, and many popular staff members in Hollywood would participate in producing the movie. The famous film director Duane Adler -- who made the successful dance movies "Save the Last Dance" and "Step Up" -- will direct the movie, choreographer Nappy Tabs of the Fox TV's program "So You Think You Can Dance" (which is designed to discover unknown talented dancers) will be the choreographer of the movie, and Joel C. High will be the music director. In addition, the production company Robert Cort, which has produced many hit movies such as "Jumanji" and "Runaway Bride", CJ Entertainment, and SM will produce the movie together.

"BoA to Debut in Hollywood "
by HanCinema is licensed under a Creative Commons Attribution-Share Alike 3.0 Unported License.
Based on a work from this source