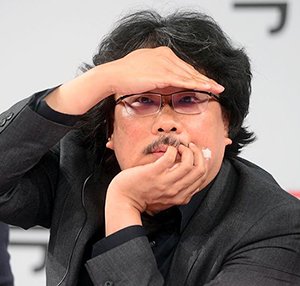 Bong Joon-ho's much-anticipated film "Okja" is set to be released late next month.

Along with Hong Sang-soo's "The Day After - 2017", his film has been invited to this year's Cannes Film Festival, which opens this week.

"I'm a bit nervous as we approach the premiere at Cannes", Bong said during a press event for the film in Seoul on Monday. "But I'm confident the film will keep viewers engrossed for two solid hours".

Netflix put up US$50 million to make the film, whose star-studded cast includes Hollywood A-listers Tilda Swinton and Jake Gyllenhaal alongside Korean actress Ahn Seo-hyun. Swinton, who also starred in Bong's previous film "Snowpiercer", said she agreed to appear in the movie as soon as she saw Bong's storyboard sketches.

"It's the first time I've dealt with a love story, albeit one involving a girl and an animal", Bong said.

The film follows the story of a little girl who risks everything to prevent a multinational company from kidnapping her best friend -- a massive genetically modified pig named Okja.

"Bong Joon-ho Excited Ahead of His New Film's Premiere at Cannes"
by HanCinema is licensed under a Creative Commons Attribution-Share Alike 3.0 Unported License.
Based on a work from this source