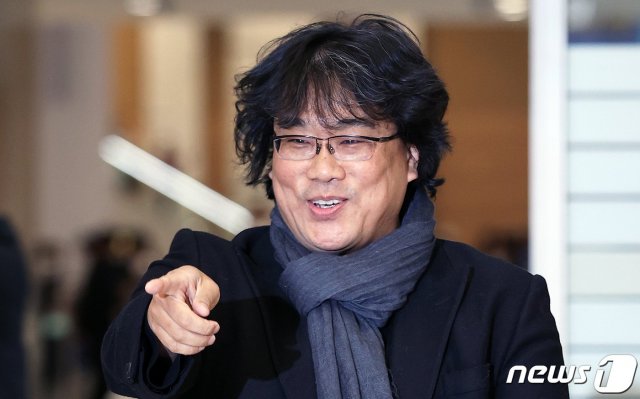 Director Bong Joon-ho waves upon his arrival at Incheon International Airport on Sunday.

"I'm glad that my long journey in the U.S. ended on a high note, and I'm happy that I can get back to normal now", Bong said upon his arrival at Incheon International Airport. "I'll share many stories with you at a press conference which will be held soon".

The triumph of "Parasite" at the Oscars has shaken up the box office again, as the black comedy was rereleased at theaters here.

"Parasite" drew over 10.19 million people at the time of its release in May last year, but a horde of moviegoers are revisiting theaters to watch the film again.

Bong will hold a press event in Seoul on Wednesday with the cast and crew of the film, and have a luncheon with President Moon Jae-in at Cheong Wa Dae the following day.

"Bong Joon-ho Returns Home After Oscars Triumph"
by HanCinema is licensed under a Creative Commons Attribution-Share Alike 3.0 Unported License.
Based on a work from this source