Bong Joon-ho's newest "Okja", "It's not a monster movie" 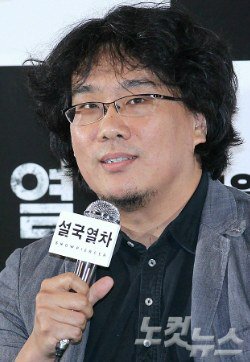 Director Bong Joon-ho's latest movie "Okja" is said to be a film about a monster, but he says it's not.

The director announced that the movie is about an animal named Okja and its friendship with a country girl.

"The movie isn't about a monster at all. It's about an animal that's gigantic but gentle".

"I think the world which thinks the movie is about monsters, is more of a monster. I wanted to express the animal and girl's adventure in a creative way".

He also mentioned that Netflix and B Entertainment are co-producers and investors of the movie.

"I needed investments for the movie and Netflix provided me with production costs worth more than "Snowpiercer" and the freedom to become creative".

"As a producer this is a great opportunity. I also want Plan B's bold energy to be mixed into "Okja"".

Netflix is America's top VOD streaming service which announced its release in Korea next year.

Netflix has also been investing in new and creative movies like "Beast of No Nation" and Brad Pitt's "War Machine" unlike other major studios.

The company also self-produced Kevin Spacey's "House of Cards" and released the whole season at once and caused an uproar in the drama market.

"Bong Joon-ho's newest "Okja", "It's not a monster movie""
by HanCinema is licensed under a Creative Commons Attribution-Share Alike 3.0 Unported License.
Based on a work from this source