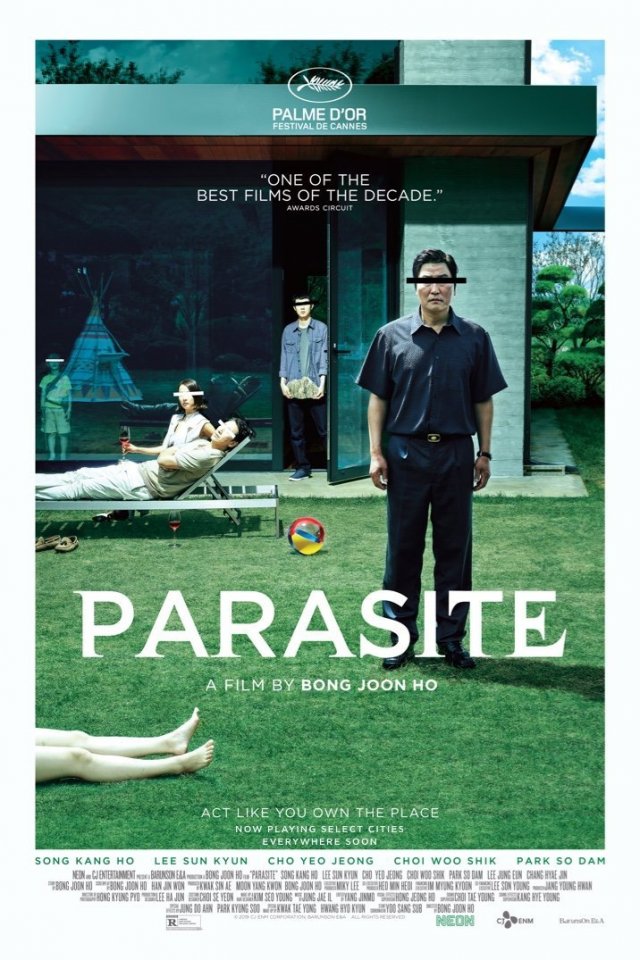 Director Bong Joon-ho's film "Parasite" has been named the best foreign language film by the U.S. National Board of Review, adding to the list of gongs it has collected since its world premiere at the Cannes Film Festival in May.

The New York-based organization on Tuesday announced the winners of its annual awards, including the much-acclaimed Korean film, which received the prestigious Palme d'Or at Cannes.

Martin Scorsese's Netflix epic "The Irishman" won the best film award while Quentin Tarantino was named best director for "Once Upon a Time in Hollywood", which also earned Brad Pitt the best supporting actor award. Best actor and actress went to Adam Sandler for "Uncut Gems" and Renée Zellweger for "Judy".

The winners of the NBR's annual awards, created in 1909, are determined by a vote of a select group of film enthusiasts, academics and filmmakers. The awards are seen as a predictor of the Oscars. "Parasite" has been submitted to compete for a nomination for the best foreign film at the Academy Awards in February next year.

"Bong Joon-ho's 'Parasite' Named Best Foreign Film by U.S. National Board of Review"
by HanCinema is licensed under a Creative Commons Attribution-Share Alike 3.0 Unported License.
Based on a work from this source