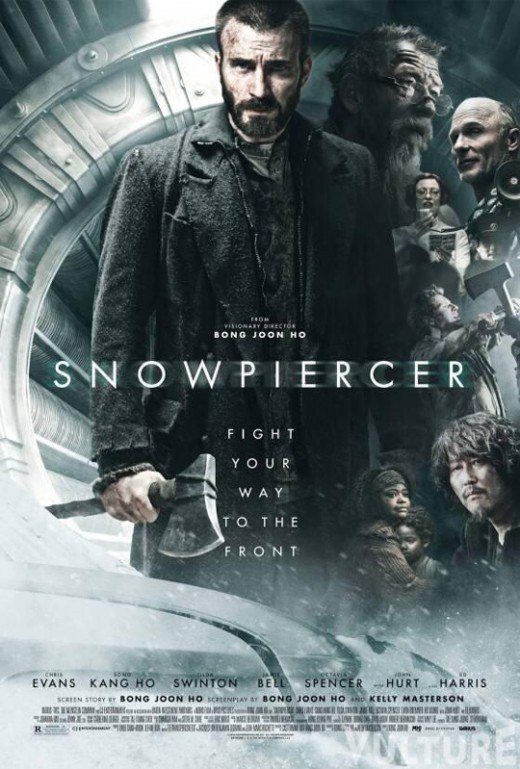 Bong Joon-ho's movie "Snowpiercer" has been chosen to screen in the opening ceremony of the LA Film Festival.

"Snowpiercer" was presented on the Red Carpet on the 11th at the LA Regal Theater. Bong Joon-ho, Tilda Swinton, Ed Harris, Alison Pill and Go Ah-sung were there.

Being held in Westwood Village, the LA Film Festival introduces up to 200 films from over 40 countries, including North American independent films, feature films, documentaries and short films.

The "Snowpiercer" was rated 17 and above by the Motion Picture Association of America and has to compete with Michael Bay's "Transformers: Age of Extinction" which comes out on the 25th of June.

However, "Snowpiercer" is the first Korean movie to be chosen for the LA Film Festival, and will announce the opening of the event, to be watched by movie fans all over the world.

Based on the cartoon by Jean Marc Rochette, "Snowpiercer" is a story that goes on in a train where the last survivors of a sudden ice age are held. The cast includes Chris Evans, Song Kang-ho, Ed Harris, John Hurt, Tilda Swinton, Jamie Bell, Octavia Spencer, Ewan Bremner, Alison Pill, Go Ah-sung and more.

"Bong Joon-ho's "Snowpiercer" chosen for LA Film Festival"
by HanCinema is licensed under a Creative Commons Attribution-Share Alike 3.0 Unported License.
Based on a work from this source