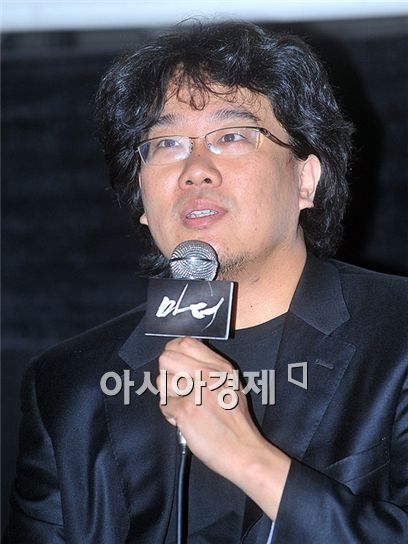 In his March 10 movie review, Times' film critic Andy Klein called Bong "one of the best South Korean directors and arguably the most accessible to U.S. audiences".

The article compared "Mother - 2009" with his previous work including the "The Host" (2006), the most-watched film in Korean box office history, and "Memories of Murder" (2003), adding that Bong's latest thriller "resembles a subplot" from the latter pic.

Klein also likened the Korean director to legendary filmmakers Alfred Hitchcock and Claude Chabrol, saying "Bong certainly knows how to generate suspense", referring, in particular, to the first scene in the movie where actress Kim Hye-ja is chopping herbs with a guillotine cutter while keeping an eye on her mentally disabled son, played by Won Bin.

The film, which premiered at Cannes in May 2009, received much critical acclaim at numerous international film festivals in Stockholm, Thessaloniki and Mar del Plata. The film's lead actress Kim Hye-ja also racked up acting awards at several film events as well.

"Mother - 2009" opens today in five U.S. cities including L.A. and New York, and will be released in other cities afterwards.