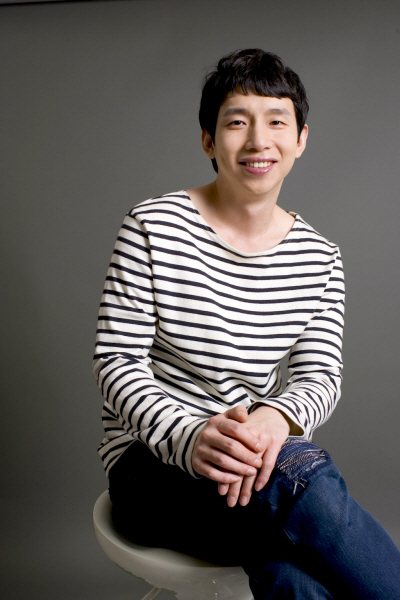 Bong Tae-gyu becomes the first male Adam in a musical.

He has been cast for the role of Adam in the musical "Falling For Eve" startong on the 23rd of July.

He has been in the play "University of Laughter" last year but this is the first time he's attempting at a musical.

"Falling For Eve" is new by Joe Dipietro from "I Love You" and "All Shook Up" and it is having its premier in Korea.

Motivated by the Adam and Eve story, this musical draws humanity's fist romance in a delightful way through the story in the Garden of Eden with the innocent Adam and sexy Eve.

Other than Bong Tae-gyu, actors Lee Dong-ha and Hong Hee-won have been cast as Adam's and Lee Bo-ram plays the role of Even. Other actors and actresses Jung Sang-hoon, Goo Won-young, Kim Dae-jong, Ryoo Seung-joo, Moon Hye-won and others are going to be on stage.

"Bong Tae-gyu becomes Adam on stage"
by HanCinema is licensed under a Creative Commons Attribution-Share Alike 3.0 Unported License.
Based on a work from this source