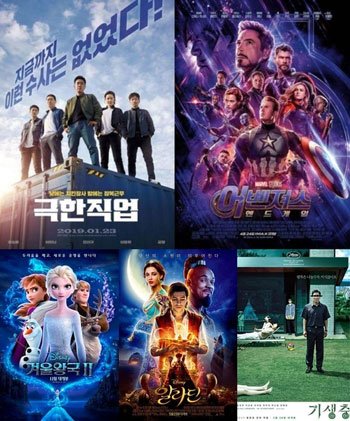 The number of moviegoers surpassed 220 million this year, setting a new record.

The Korean Film Council said on Sunday that about 225 million people visited movie theaters from Jan. 1 to Dec. 28. The number is expected to exceed 226 million by the end of this month.

"Box Office Sees New Record Attendance This Year"
by HanCinema is licensed under a Creative Commons Attribution-Share Alike 3.0 Unported License.
Based on a work from this source