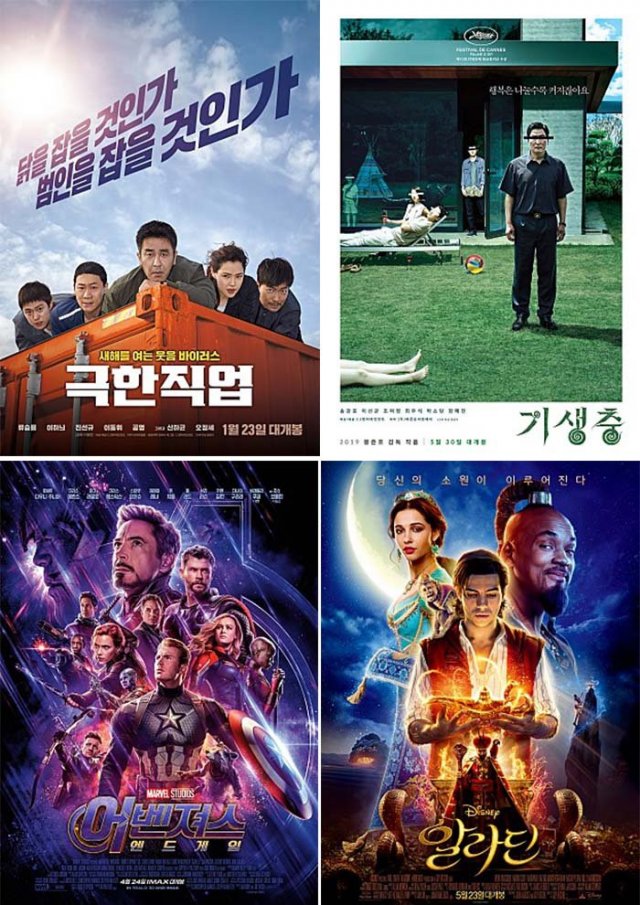 The film industry saw record attendance and profits in the first half of this year, thanks to a couple of hit films which drew over 10 million viewers.

Meanwhile, foreign films drew about 52.44 million moviegoers. Ticket sales were boosted by the perennial draw of Marvel's superhero blockbuster "Avengers: Endgame" in addition to Disney's remake of the 1992 animated film "Aladdin", which became a sleeper hit, drawing over 10 million viewers. The latest installment of the Avengers franchise surpassed the 10-million viewer mark quicker than any other film released here.

"Box Office Sees Record Attendance Thanks to Unexpected Hits"
by HanCinema is licensed under a Creative Commons Attribution-Share Alike 3.0 Unported License.
Based on a work from this source