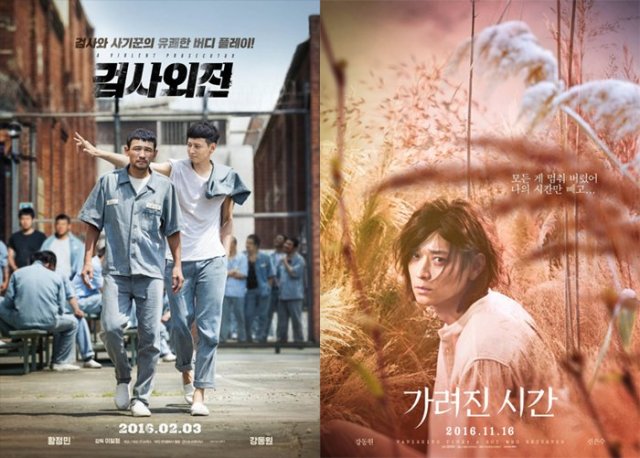 The film industry is suffering a blip as massive protests every weekend calling for President Park Geun-hye to resign keep people out of the theaters.

Even Gang Dong-won, who normally guarantees box office, has been hit, with his new movie "Vanishing Time: A Boy Who Returned" not attracting as many viewers as expected.

The film drew 489,038 moviegoers in 12 days, according to the Korea Film Council on Sunday, whereas his previous film "A Violent Prosecutor" hit the 1 million viewer mark in just three days.

Nearly 2 million protesters converged in Gwanghwamun, Seoul on Saturday and thousands of protesters across the country.

Movie theaters drew 17.16 million viewers in October, but the number fell to less than half or 8.56 million in November. Korean films' share of the market dropped 17.3 percentage points from 48.6 percent last month.

Even though November is usually a slow season at the box office, far fewer people watched movies this month compared to 15.28 million in the same month last year.

"Box Office Slumps Due to Mass Protests"
by HanCinema is licensed under a Creative Commons Attribution-Share Alike 3.0 Unported License.
Based on a work from this source