"Bread, Love and Dreams" on top once again 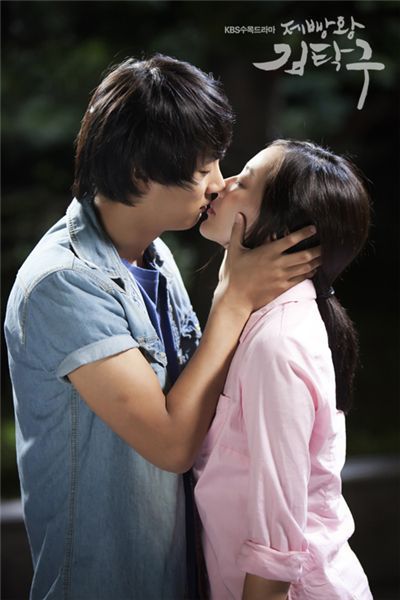 Picture of Tak-koo (played by Yoon Si-yoon) and Yoo-kyung (played by Kim Eugene) sharing a kiss on "Bread, Love and Dreams" [KBS]

KBS drama "Bread, Love and Dreams" has once again placed atop TV charts, maintaining its reign as the most-watched Wednesday and Thursday night drama in the country for the sixth consecutive week.

Figures by AGB Nielsen Media Research pointed to ratings of 34.1 percent on Wednesday and 35.3 on Thursday, showing a mean increase of 1.5 percent compared to last week.

This week's episode of "Bread, Love and Dreams", about the success story of breadmaker Kim Tak-koo, showed the first kiss between Tak-koo (played by Yoon Si-yoon) and Yoo-kyung (played by Eugene), and the jealousy of Ma-joon (played by Joo Won).

Meanwhile, ratings for other Wednesday and Thursday primetime dramas, MBC's "Road No. 1" and SBS' "Bad Man" continued to record marks in the six to eight percent range on both charts.

""Bread, Love and Dreams" on top once again"
by HanCinema is licensed under a Creative Commons Attribution-Share Alike 3.0 Unported License.
Based on a work from this source