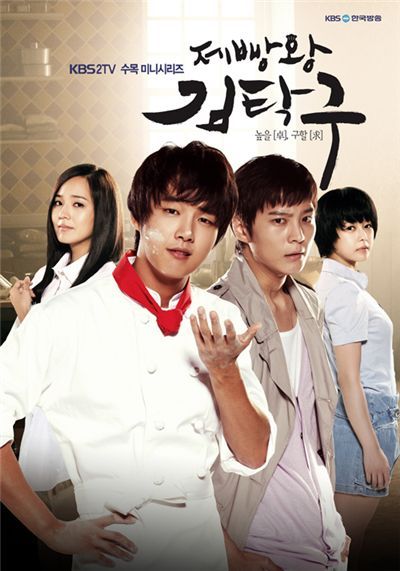 New KBS drama "Bread, Love and Dreams" proved to be major competition on Wednesday and Thursday nights, making its debut at No. 1 on TV ratings charts.

Figures from TNmS (Total National Multimedia Statistics) on Friday revealed that "Bread, Love and Dreams", which premiered on June 9, brought in viewership ratings of 15.7 percent on Wednesday and 16.9 percent the following night.

Statistics released by AGB Nielsen Media Research showed that the series scored slightly lower ratings of 14.4 percent on both nights.

"Bread, Love and Dreams", starring Yoon Si-yoon and Eugene, is about the success story of baker Kim Tak-koo (played by Yoon).

The premiere episode of "Bread" focused on the early beginnings of Kim Tak-koo and how he went to baking master Oh Doo-yong (played by Jang Hang-sun) to become his apprentice and learn about the skills of baking.

""Bread, Love and Dreams" wins hearts of Wed-Thur drama viewers"
by HanCinema is licensed under a Creative Commons Attribution-Share Alike 3.0 Unported License.
Based on a work from this source