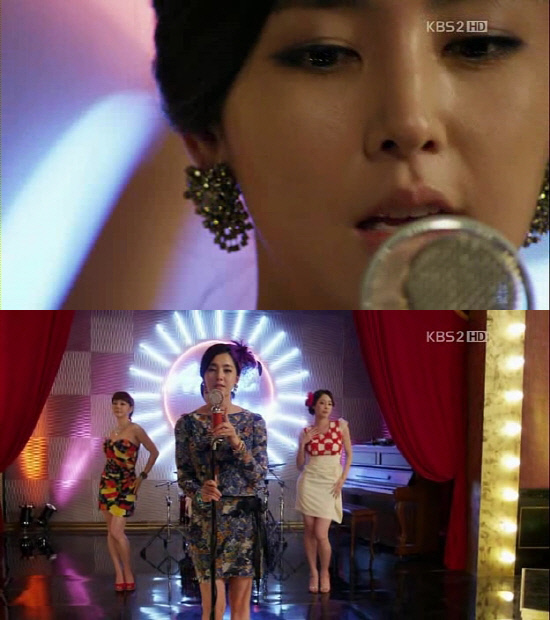 Actress Han Chae-ah's beautiful singing skill is 'the talk' of everybody.

Hong-joo (Han Chae-ah) from the drama "Bridal Mask" started working at the Angel Club and displayed a seductive and proud stage.

Han Chae-ah said, "I could express my singing skills even for a short while. I should've been more professional but I am not perfect".

The "Bridal Mask" team said, "If it was all about becoming the bridal mask until now, Lee Kang-to will accept his fate as the bridal mask and become active from the seventh episode".

""Bridal Mask" Han Chae-ah sings"
by HanCinema is licensed under a Creative Commons Attribution-Share Alike 3.0 Unported License.
Based on a work from this source