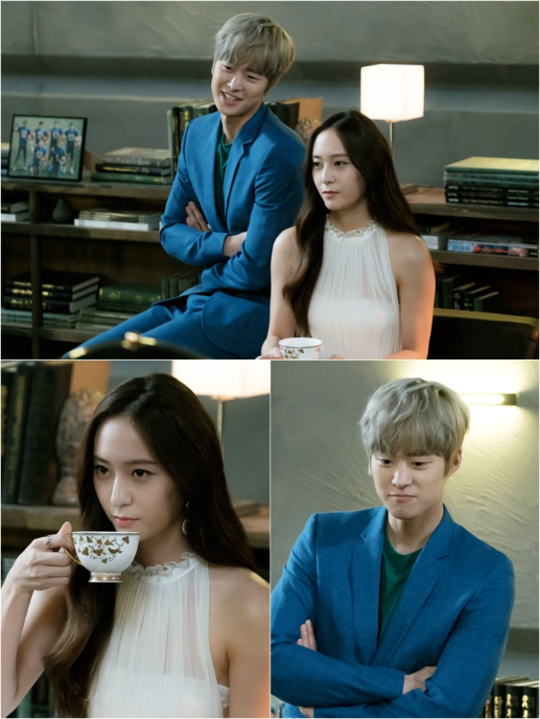 The new tvN drama "Bride of the Water God 2017" is a fantasy romance about a water god and a female doctor who pretends to be a realist but is fated to serve the gods.

Krystal is wearing a white halter dress and looking ravishing in the pictures. Her long hair contrasts against her fair skin and just holding up her teacup makes her look classy. Krystal also has a secretive look on her face.

Gong Myung looks devious. His eyes are shining as if to say the current situation is amusing and curiosity builds as to what these two are plotting. He's wearing a blue suit that makes him look like he just jumped out of a comic book.

""Bride of the Water God 2017" Krystal and Gong Myung form a conspiracy "
by HanCinema is licensed under a Creative Commons Attribution-Share Alike 3.0 Unported License.
Based on a work from this source