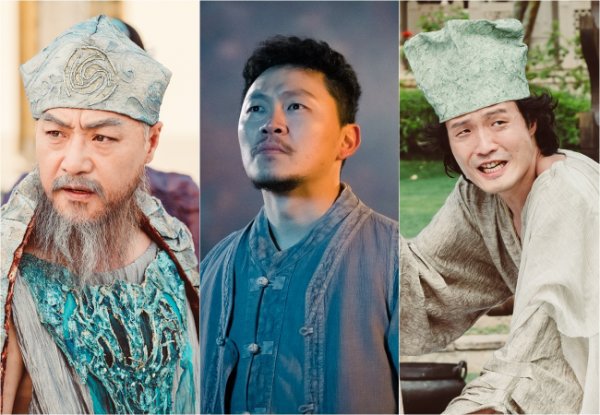 "Bride of the Water God 2017" is a fantasy romance drama about a water god named Ha Baek (Nam Joo-hyuk) who lives in the human world and a female doctor who is destined to be a servant of the water god but pretends to be a realist named So-ah (Shin Se-kyung).

Lee Kyung-young takes on the role of Dae Sa-je, the head of the water world. He recognizes transfer season of the royal throne and tells Ha Baek about it. Lee Kyung-young worked with director Kim Byeong-soo and writer Jeong Yoon-jeong from "Bride of the Water God 2017" before and is making this special appearance out of loyalty.

Yang Dong-geun is Joo Dong, the caretaker of the gods' world. He has high tolerance and is naïve. He has a strong sense of duty for his responsibilities as the god of the human land. However, he often disappears in the human world and can't be found.

Jo Jung-chi is Hwa Gong, a preserver of Ha Baek's appearance for generations. He is in awe of Ha Baek's mightiness and makes a fuss of drawing just a single eye of Ha Baek.

""Bride of the Water God 2017" Lee Kyung-young, Yang Dong-geun and Jo Jung-chi "
by HanCinema is licensed under a Creative Commons Attribution-Share Alike 3.0 Unported License.
Based on a work from this source