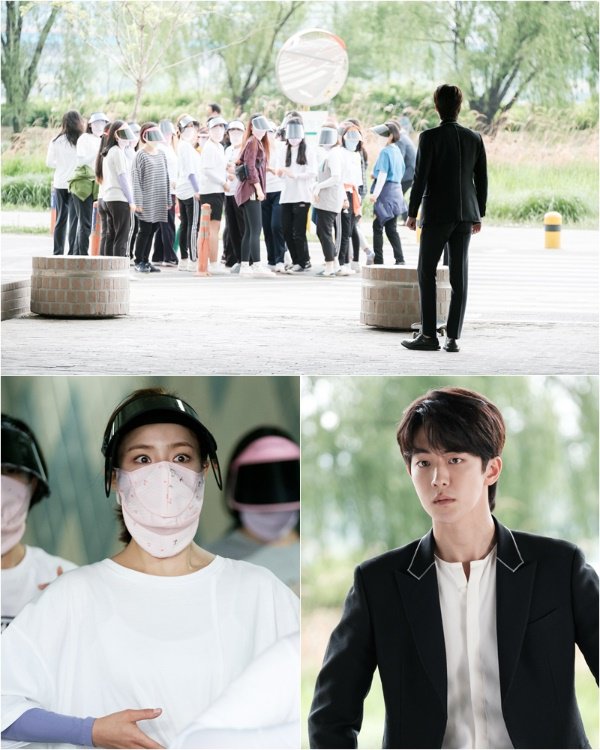 Shin Se-kyung and Nam Joo-hyuk from "Bride of the Water God 2017" were seen playing hide-and-seek. Ha Baek is determined to look for So-ah who is wearing a disguise.

Stills of the new tvN drama that's starting on the 3rd of July were posted on the 21st.

"Bride of the Water God 2017" is a fantasy romance drama about a water god named Ha Baek and a female doctor named So-ah who pretends to be a realist but she's fated to be a servant of the water god.

Ha Baek is in the human world to look for something and he needs So-ah to help him. So-ah does all she can do avoid Ha Baek who is after her anywhere and anytime.

So-ah is covered in a sun cap and mask to hide her face but her beauty peeps through them.

Ha Baek is looking at the crowd of ladies with laser sharp eyes to find So-ah.

""Bride of the Water God 2017" Nam Joo-hyuk hunts for Shin Se-kyung "
by HanCinema is licensed under a Creative Commons Attribution-Share Alike 3.0 Unported License.
Based on a work from this source