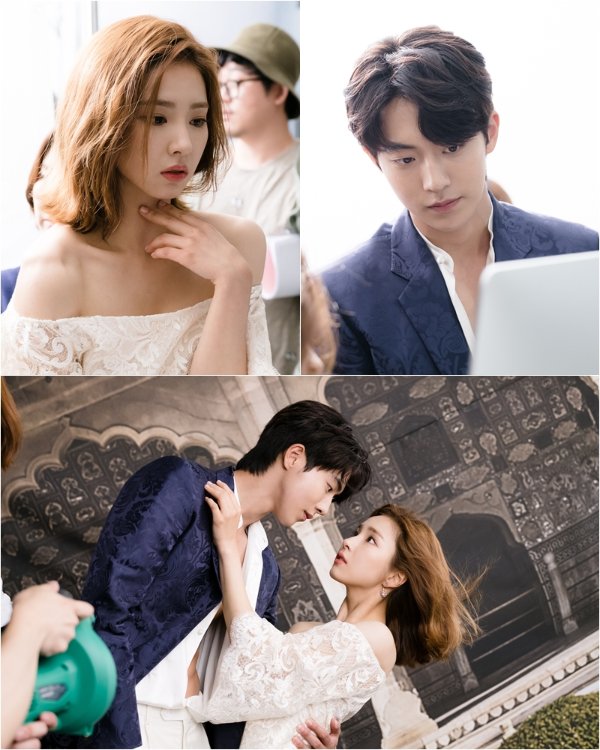 The new tvN drama "Bride of the Water God 2017" had its second poster making.

"Bride of the Water God 2017" is the story of a water god sent to the human world and a female doctor who pretends to be a realist but is fated to be a servant of the water god.

Behind-the-scenes pictures of the second poster making of "Bride of the Water God 2017" were released.

The two rehearsed everything from posing to position and their passion to make the perfect poster was enough to heat up the atmosphere.

""Bride of the Water God 2017" Shin Se-kyung and Nam Joo-hyuk "
by HanCinema is licensed under a Creative Commons Attribution-Share Alike 3.0 Unported License.
Based on a work from this source