"Bride of the Water God 2017" Shin Se-kyung, first time in a role with short hair 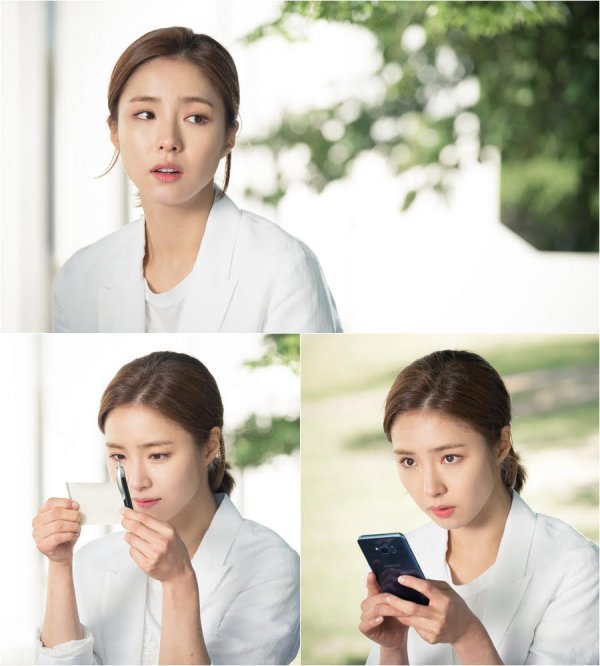 Shin Se-kyung is coming back with the new tvN drama "Bride of the Water God 2017" as Yoon So-ah. She cut her hair short for this role and viewers can't wait to see it.

Stills of Shin Se-kyung were released on the 7th.

"Bride of the Water God 2017" is a fantasy romance drama about a water god named Ha Baek (Nam Joo-hyuk) and a female doctor named So-ah (Shin Se-kyung) who is destined to be the servant of a water god.

Shin Se-kyung's role of So-ah is completely guarded on the outside but is full of clumsiness and calls herself 'servant of the water god' and is attracted to Ha Baek who follows her around.

Shin Se-kyung cut her hair for the first time since her debut. The way she's tied her hair is enough to give her a new look and she looks even more innocent than ever.

Shin Se-kyung thought of many details for the role of So-ah and through much communication with director Kim Byeong-soo, she's ready to create the perfect So-ah.

Shin Se-kyung said, "I am very fond of So-ah because she's soft hearted on the inside but has a thick bark. I cut my hair short and drove a car for this drama".

"I think imagination is the key point of this drama as it's a fantasy drama. I imagined the situations So-ah might be in even while I was acting and drew pictures in my head".

"I wish So-ah realized what she really wants in life. I hope you look forward to her changing after she meets Ha Baek".

""Bride of the Water God 2017" Shin Se-kyung, first time in a role with short hair"
by HanCinema is licensed under a Creative Commons Attribution-Share Alike 3.0 Unported License.
Based on a work from this source