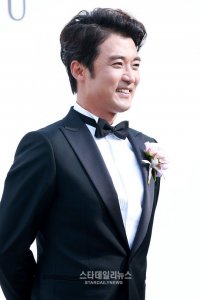 Ahn Jae-wook, 35, one of the most popular Korean entertainers in China, will embark on a concert tour of four Japanese cities in June.

According to Motis, Ahn's agency based in Seoul, the singer and actor who was at the forefront of the Korean Wave back in the late 90's will begin the tour entitled "First Traveling" in Yokohama on June 22. The tour will then take him to Sapporo on June 24, North Kyushu on June 26 and Nagoya on June 28.

The star of such hit television dramas as "Star in my Heart" and "Mr. Good-Bye" made his first Japanese stage appearance in March 2006. During the upcoming concerts co-hosted by Motis and his Japanese agency IMX, Ahn will sing his hit songs from his five regular albums, as well as theme songs of television dramas he acted in.