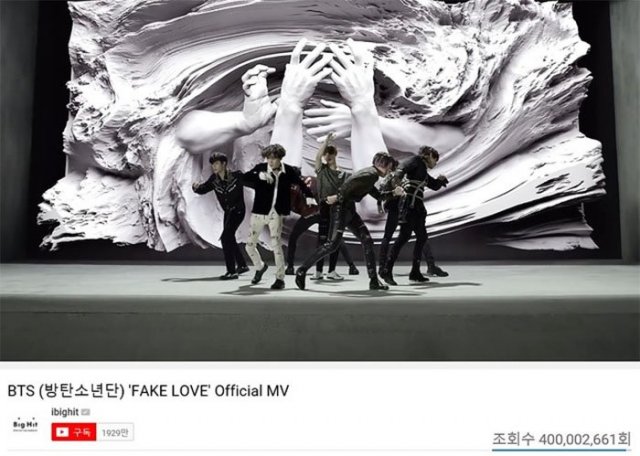 The music video of "Fake Love" by BTS garnered over 400 million views on YouTube as of Saturday, their management agency Big Hit Entertainment said on Sunday.

"Fake Love" is the lead track off the band's album "Love Yourself: Tear" released in May. The album debuted at No. 1 on the U.S. Billboard 200 chart about a week after its release, making BTS the first K-pop act to achieve the feat.