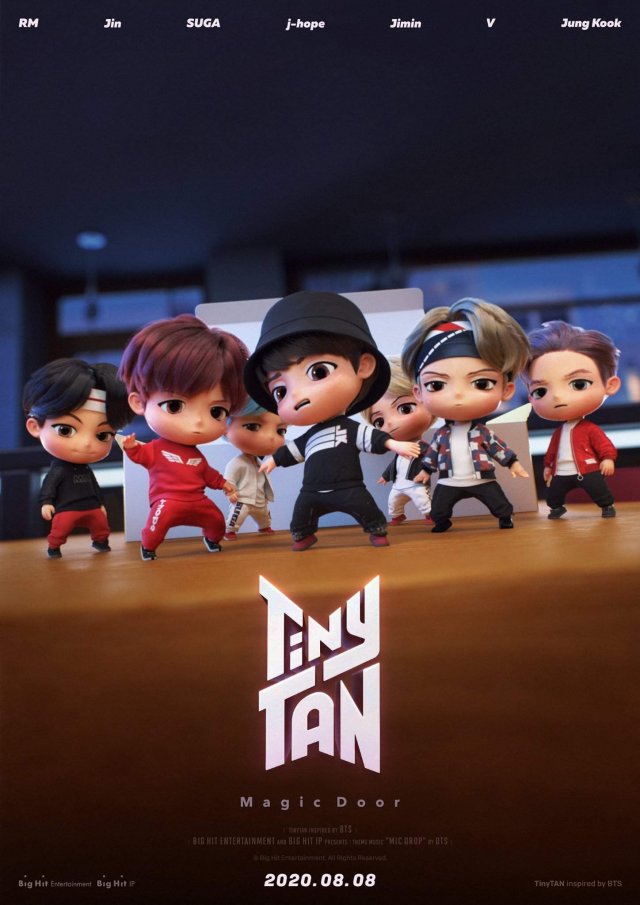 BTS on Monday launched their own merchandise characters that look like the super boy band's seven members.

"BTS fans are saying that the characters closely resemble their real-life models thanks to careful study we have made of each member's poses and habits", their agency Bit Hit Entertainment claimed.

Last week, an animated video was released in which the "TinyTAN" come out of a magic door before a person in some sort of trouble, bringing a message of hope.

The characters will also be marketed as toy figures and on other merchandise.

"BTS Launches Cartoon Avatars"
by HanCinema is licensed under a Creative Commons Attribution-Share Alike 3.0 Unported License.
Based on a work from this source