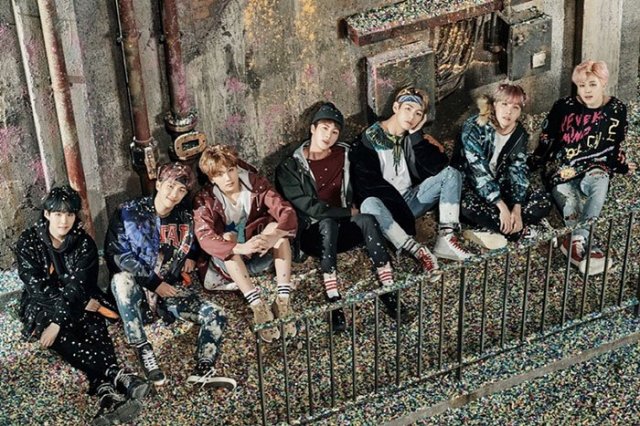 Bangtan Boys, also known as BTS, will perform at the Billboard Music Awards in the U.S. later this month.

BTS will attend the show -- where they are also in the running for an award -- at the T-Mobile Arena in Las Vegas on May 21, according to the boy band's agency.

The group has been nominated in the "Top Social Artist" category, competing against Justin Bieber, Selena Gomez, Ariana Grande and Shawn Mendes.

The winner will be chosen based on album and digital song sales, streaming, radio airplay, touring and level of social engagement between March 18 last year and March 16 this year, as well as a global online vote by fans.

The agency quoted the group as saying, "It is like a dream come true that we have been invited to the Billboard Music Awards, where top global artists gather. We are so honored by the invitation".

BTS is currently touring Asia after wrapping up a successful tour of North and South America last month.

"BTS to Attend Billboard Music Awards"
by HanCinema is licensed under a Creative Commons Attribution-Share Alike 3.0 Unported License.
Based on a work from this source