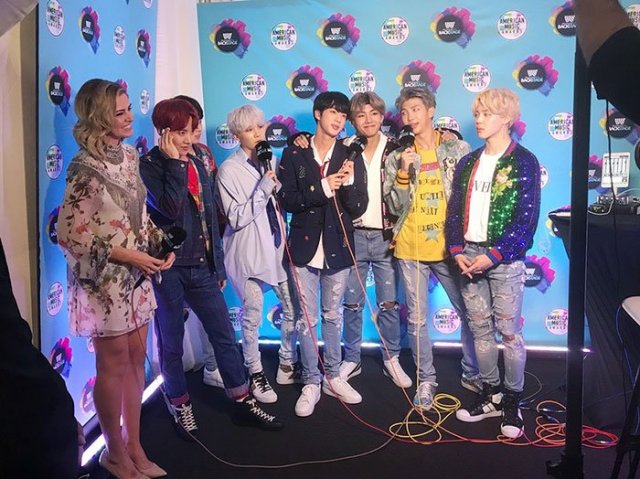 BTS have set a Guinness World Record as the music group with the most Twitter engagement.

The group gathered an average of 152,112 retweets per tweet as of May 11, their agency said on Wednesday.

Guinness World Records congratulated BTS on its Twitter account along with a picture of the group performing at the American Music Awards last week.

"BTS Win World Record for Retweets"
by HanCinema is licensed under a Creative Commons Attribution-Share Alike 3.0 Unported License.
Based on a work from this source