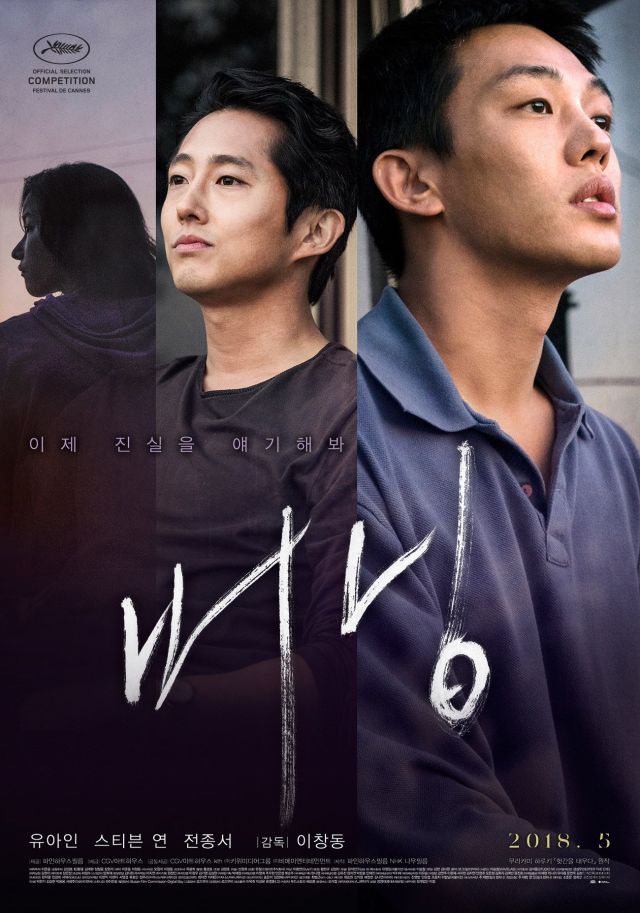 Genres: Drama and Mystery
Running Time: 148 min.
Directed by: Lee Chang-dong
Starring: Yoo Ah-in, Steven Yeun
Synopsis: Deliveryman Jong-soo is out on a job when he runs into Hae-mi, a girl who once lived in his neighborhood. She asks if he'd mind looking after her cat while she's away on a trip to Africa. On her return she introduces to Jong-soo an enigmatic young man named Ben, who she met during her trip. And one day Ben tells Jong-su about his most unusual hobby.

"Burning (2018)"
by HanCinema is licensed under a Creative Commons Attribution-Share Alike 3.0 Unported License.
Based on a work from this source