Busan Int'l Short Film Festival to Kick Off May 25 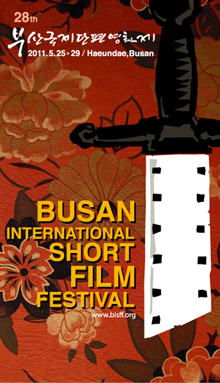 Over 70 Short Films to Compete in Theaters of Busan

The Busan International Short Film Festival gets underway on May 25, 2011, with a display of worldwide filmmaking talent. The festival runs from May 25-29 in Busan, South Korea and vows not to disappoint audiences with this years line-up.

The film festival will be an assorted collection of over 70 short films, with directors from various countries around the world, that encompass several different genres and numerous film styles. They will be competing against each other to win the title for best film.

BISFF is referred to as a "short film festival" due to the length of each feature. Most normal films run less than twenty minutes each, while the documentaries are allotted a forty minute time interval.

There are several genres participating in the film festival, including drama, animation and documentary.

Don't expect any ordinary films to be taking the stage this year at BISFF. Although there is no theme to the festival, entries were, and will be, judged on their ability to make a short film that gives unique insights and exhibits something special about the way of our life, within the parameters of a fixed amount of time.

"If we were to compare the films to literature, we were looking for poems. We wanted films with a deeper meaning that could be done in a short time", explains Na So Won, Chairwoman of the festival.

Films with experimental styles and topics also caught the judges' eyes and were chosen to take part in the film festival. 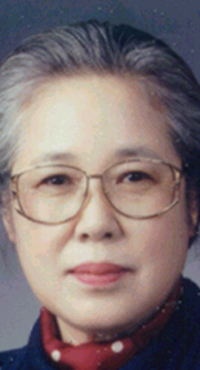 Gaining acceptance into BISFF was no easy task. There were a sizeable number of films submitted to the competition, all surrounded by their own unique storylines and cinematic expression.

In the first phase of entries, the Busan International Short Film Festival committee received 1,406 films, tendered from 67 different countries, for reception into the competition.

According to the festival, "There was a large number of interesting films in the preliminary cut and they covered a wide variety of genres and characters".

That field was then narrowed down to 45 films originating from 16 countries. Submissions from Russia, the United States, Poland, India, Germany, and Algeria are all finalists participating in the film festival.

There were also around 30 films that received special invitations to the event. Most of these works that gained recognition from BISFF originated from different films schools or enjoyed success in other film festivals around the world. A number of these films come from Japan, China, Russia, and Germany.

There will also be five films that are only for special showings and will not take part in the competition.

The winners will be decided by a jury of three people: two from South Korea and one from France. They are all experts in cinematography and will be critiquing each film based on the criteria established by the film festival committee.

BISFF is confident that this years competition will be filled with artistic productions that will please audiences favoring any genre.

"These various films in the festival will be sure to give the audiences the greatest happiness, and BISFF has made a great effort to communicate with audiences", the festival claims.

The opening ceremony for the event will take place on May 25 at 7:00 p.m. It is recommended that viewers arrive by 6:20 p.m. The ceremony includes a congratulatory message, concert, an introduction to the festival, and a screening of chosen movies. There will be three films premiering at the opening ceremony: "Lux Aeterna", "Echo" and "The Song of Red Forest".

"Lux Aeterna" is a French documentary about a devastating earthquake that hit Armenia in 1988. It is directed by Serge Avédikian and Lévon Minasian.

"Echo" is a Polish fiction film directed by Magnus von Horn. In the film, two boys recount a horrible murder they have committed and deal with the emotional consequences of their actions.

"The Song of Red Forest" is a Japanese animation that takes place in a forest where two characters are singing a traditional song. It is directed by Akihito Izuhara.

BISFF has ensured cheap ticket prices and an accommodating timetable so that it is possible to see all the films in the competition. As it may be rather difficult to do that, however, here are some of the recommended films - for viewers who can only fit in a few - to catch.

"No Signal" is a documentary that gives an in-depth description of an event that took place when Israel attacked a convoy of ships, that belonged to a relief organization, on their way to Palestine. This Turkish piece is directed by Sinan Sertel.

"Countryman", or "Zemlyak", is a Russian film directed by Karen Oganesyan that shows how political and religious differences can separate countrymen and leave them fighting against each other.

From Belgium, "A Land of Heroes", shows images of war and violence that surround the life of a young boy who just wants to watch cartoons on television. This fiction film is directed by Sahim Omar Kalifa.

The final recommendation is "Barking Island" by Serge Avedikian. The film takes place in Constantinople in 1910 where stray dogs overrun the streets. This animation shows how the government chooses to rid the city of this problem.

BISFF has also created a special exhibition to give audiences a chance to examine the skills of Busan filmmakers.

"Busan directors special exhibition, a new non-competition program of this year, only includes the films made by directors working in Busan. 'Mosquitoman' is a film portraying a would-be director in the process of making a film. And the most attractive in the film is that every imagination turns to real in these films".

All of the films, no matter what the spoken language is, are accompanied by English subtitles so that they can be seen by a wider range of audiences.

The closing ceremony will take place at the 7:00 p.m. on May 29. It will include a closing concert, award ceremony and a closing message. It will also feature a showing of the winning film, which will receive the Dong-Baek grand award and pocket 10,000,000 won in prize money, and a reception to end the film festival.

Securing tickets to see the films is extremely easy and inexpensive. Reservations for any show can be made online at www.popbusan.com.

Tickets for the opening ceremony can be purchased at the Haeundae Grand Hotel information desk. They can also be bought at any branch of Busan Bank.

Tickets for the competition and other shows can be bought at a ticket desk clearly marked at Lotte Cinema in Centum City. Fortunately, this is where all the shows will be seen, so a lot of hectic running around is not required to see the films.

A ticket for the opening ceremony cost just 5,000 won. Tickets for the other screenings cost only 3,000 won and this buys you entrance into several films, not just one. The closing ceremony is free for anyone who would like to enjoy the last showing of BISFF.

The screenings for the opening and closing ceremony will be shown at Haeundae Grand Hotel in the Convention Room. The rest of the films taking part in the competition will be played at the Lotte Cinema in Centum City. Each film will be shown a few times over the course of the festival to present multiple opportunities to view each movie.

BISFF hopes to expose Korea and the rest of the world to new directors and exclusive styles of film production. A lot of time and skill goes into making all of these different works, and BISFF wants to ensure those who put forth this tremendous effort are recognized for their hard work.

The chairwoman of BISFF is Na So Won, a former scenario writer who has dedicated her life to the arts and cinema. She developed the festival out of her appreciation for the difficulties involved in not only filmmaking, but also in getting work recognized.

"I was writing scenarios and studying directing and I realized just how difficult directing was. I started BISFF because I wanted to give other directors the opportunity to show their work and gain recognition", she relates.

She has been steadily accomplishing her goal over the years. More than 30 directors who have debuted at BISFF have gone on to be successful in the cinematic world.

This year marks the 28th Short Film Festival to hit theaters in Busan since its inception in 1980. The film festival originally started out very small and only showed films from Busan. In 2000, it opened up entry to the rest of Asia. Now, for the second year in a row, it is has accepted submissions from the entire world, thus making it a truly international film festival

Although BISFF is not associated with the Busan International Film Festival in October, the two groups often help each other out in hopes to better promote the cinematic world.

Each year, BISFF is attempting to make the festival more internationally renown and hopes to draw even more submissions in the following years.

Busan International Short Film Festival serves as a reminder of Busan's continual dedication to cinema and its position and role as an international city.

Nick Budniewski, a journalist from America, serves as an Associate Editor and Writer for The Seoul Times. For the last two years of his stay in Korea he worked as an writer, photographer, and an educator. He studied at the University of Purchase in New York City.

"Busan Int'l Short Film Festival to Kick Off May 25"
by HanCinema is licensed under a Creative Commons Attribution-Share Alike 3.0 Unported License.
Based on a work from this source