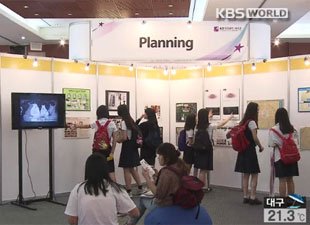 The Busan International Advertising Festival, the one and only of its kind in South Korea, kicked off on Thursday.

In this year's fifth Busan International Advertising Festival, around ten-thousand advertisements from 57 countries were submitted and roughly 400 were selected as finalists.

The scale of the event has become bigger, and the quality of the submitted advertisements has improved this year.

Unlike other advertising festivals, a public ads category has been designated, which is expected to contribute to enhance the public value of commercial ads.

The festival will be held through Saturday and feature various seminars attended by prominent figures in the advertising industry. Free classes on developing creativity will also be offered to citizens.