Byun Jung-soo and her two daughters in dresses 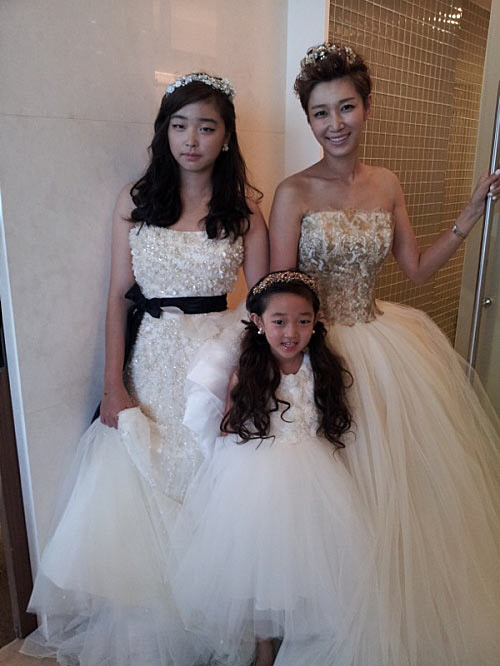 Byun Jung-soo was seen in a beautiful dress with her daughters Yoon Chae-won and Yoon Jeong-won.

She posted on her Me Today, "I found this in my album. This was the second marriage of my life. My two daughters and elegant and so adorable! Thank you dears".

In the picture, Byun Jung-soo is posing with two little girls in dresses. The first daughter Yoo Chae-won is wearing a tube top dress that looks very nice on her and even though she's only 14, she looks mature enough. The little one Yoo Jeong-won also looks very cute.

Netizens say, "The three women look good together", "Yoo Chae-won gets prettier everyday", "So jealous", "It looks like Byun Jung-soo takes care of herself well and her kids too" and more.

"Byun Jung-soo and her two daughters in dresses"
by HanCinema is licensed under a Creative Commons Attribution-Share Alike 3.0 Unported License.
Based on a work from this source