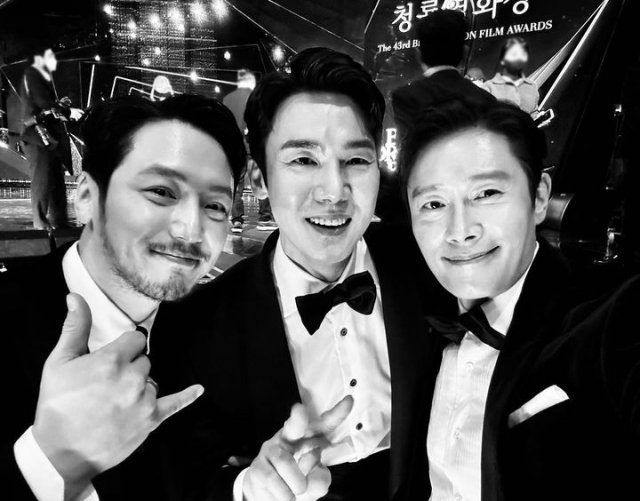 Byun Yo-han posted a photo on his Instagram on November 28th.

The photo shows three people reunited at the 43rd Blue Dragon Film Awards held on the 25th. The three men are in suits.

Fans are drawn to the fact that it's been a while since the three have gotten together since the drama.