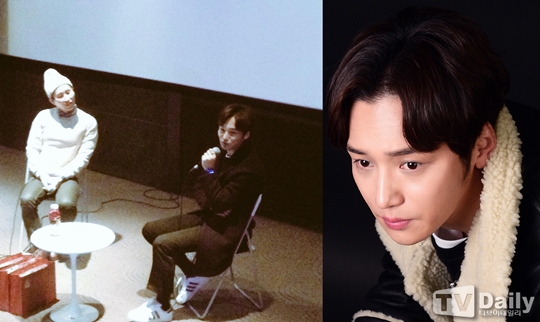 It is the first time for the 'Sangsang Short Films' to present a series featuring one single actor. It represents actor Byun Yo-han's strong stance he established in independent films. Even before he received the spotlight through the tvN's drama "Incomplete Life", he was already a strong talented actor, who had been training through multiple independent films.

Byun Yo-han greeted the audience after playing the films and said, "When I heard they were going to play Byun Yo-han's works, I watched the short films again. I felt naked. When I started watching my first project, 'Saturday Work', I could feel the same emotion again when I had just started. Today, I am way more nervous than any other time".

He continues, "I used to be encouraged by the words, 'You'll succeed'. But now 'Fighting' helps me more'. I'll continue doing independent films. I think it's such a great work to do'. I think I would not stop my efforts only when I continue participating in independent films".

Meanwhile, Byun Yo-han is currently considering the offer for the leading role in tvN's new weekend drama, 'Ex-girlfriends' Club'. Producer Kwon Seok-jang of MBC's "Pasta" and 'Golden Time' will direct the drama. It will air sometime in May.