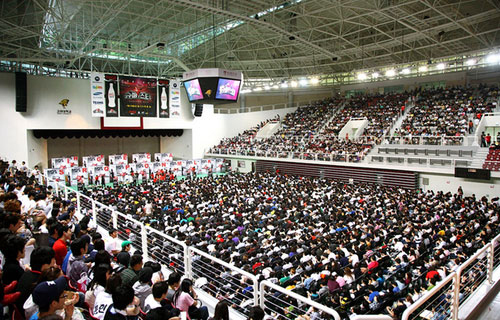 Cable channel Mnet's audition reality TV show "Superstar K3" has attracted over 180,000 applications in just four days. According to Mnet, 182,000 people had applied for the audition as of Sunday.

The figure is especially impressive amid flood of identikit programs on terrestrial channels. Mnet said it expects to shatter the record of 1,346,402 people who applied for last year's "Superstar K2".

Applications for the first round screening for "Superstar K3" will be open until June 28. Those who pass the screening round will be auditioned in eight cities in Korea starting with Busan on April 24 and ending in Seoul on July 3.

"Cable Reality Show Flooded with Applications"
by HanCinema is licensed under a Creative Commons Attribution-Share Alike 3.0 Unported License.
Based on a work from this source