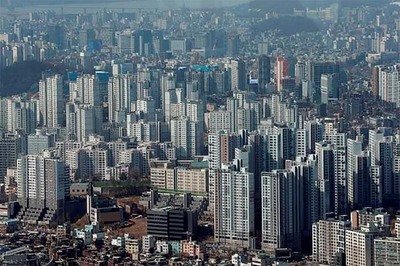 The population of the Seoul metropolitan region outnumbers the whole of the rest of Korea's for the first time.

According to the Ministry of the Interior and Safety, 25.93 million people were registered in Seoul, Incheon, and Gyeonggi Province as of December last year, accounting for 50.002 percent of the total population of 51.85 million.

Some 1,737 fewer were registered in all other parts of the country, yet the Seoul region takes up only 11.8 percent of the country's area.

The population proportion of the Seoul area increased sharply from 28.3 percent in 1970 to 49.2 percent in 2010. The more recent surge is mostly due to population growth in the dormitory towns and endless suburbs of Gyeonggi Province.

The population there jumped 12.3 percent over the past nine years, far outpacing the overall population growth of 2.6 percent.

The population in most other big cities like Busan, Daegu, and Daejeon dwindled in the 2010s.