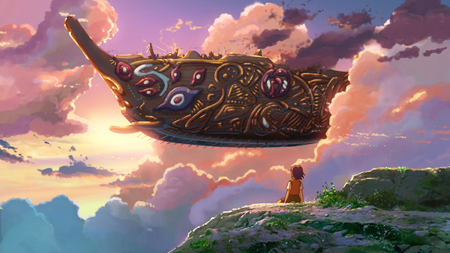 Asia's largest showcase for cartoons and animations opened Wednesday in Seoul for a five-day run - featuring not only exhibitions and screenings but also a learning program, contest and an industry market.

The Seoul International Cartoon & Animation Festival (SICAF) is underway at Coex (exhibition) as well as CGV Myeong-dong Station and Seoul AniCinema (animations) through Sunday. For its 15th anniversary, SICAF will offer a retrospective of past editions as well as special programs befitting this year's future-oriented theme of education. 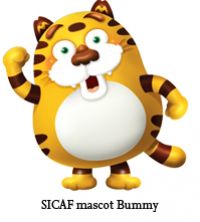 "This year we incorporated educational initiatives into our cartoon programs and we hope that more people will discover something new. I hope the festival will not stop short of being entertaining but offer something lasting for all age groups", said Hwang Kyung-tae, chairman of the festival's organizing committee.

The exhibition at Coex is comprised of thematic booths, including the recreation of a 1970s-'80s-style classroom. The program, titled "Ding, Dang, Dong, Bummy's Cartoon School", aims to introduce kids to something new while evoking nostalgia in parents. Bummy is the festival's mascot. Families can sit down at desks to listen to a variety of lectures about cartoons and participate in hands-on activities that follow a typical school schedule, from period 1 to 3 including lunch time. 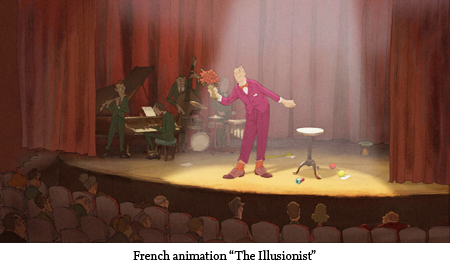 Other sections invite children to learn about safety measures through animations and skits, make an attempt at assembling robot figurines or fold origami with Japanese artist Makoto Yamaguchi.

Not to be missed is the showcase for digital cartoons. The section introduces winning-works from this year's contest, which saw more than 3,000 submissions from some 30 countries. 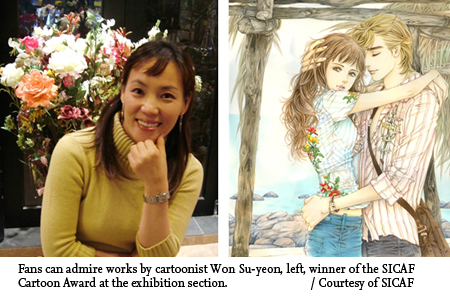 Also on display are popular "webtoons" or web cartoons from Korea and France, as well as an open theater for 3D film clips, display of QR code designs and "4D cinema" chairs.

Fans of "sunjeong manhwa", or girls' comics, will be thrilled to see works by Won Soo-yeon, winner of the SICAF Cartoon Award. The veteran artist is much loved for romantic comic book stories that have inspired television dramas such as "Full House" and "Marry Me, Mary!", the latter of which marked her webtoon debut.

300 animations in one sitting

This year's animation section offers some 300 films. A coming-of-age story by Japan's esteemed Makoto Shinkai, "Hoshi o Ou Kodomo" (Children Who Chase Stars) has been chosen as the opening film.

Organizers recommend watching the local hand-drawn animation "Green Days: Dinosaur and I" by Ahn Jae-huun and Han Hye-jin-I. Set in late 1970s rural Korea, the film is about a high school girl who learns to confront her biggest fears while also falling in love for the first time. The sketches used to make the 2D piece, which took 11 years, are on display in the exhibition section.

Also highly suggested is "The Illusionist", a critically acclaimed French animation that is not to be confused with the Hollywood film starring Edward Norton and Jessica Biel. Directed by Sylvain Chomet, it is about a magician who, out of work in France, embarks on an adventure across Scotland with a young woman.

Meanwhile, the Seoul Promotion Plan (SPP), a cartoon and animation industry market, is being held in conjunction with SICAF through Friday at Coex.

"Cartoon fest opens with educational focus"
by HanCinema is licensed under a Creative Commons Attribution-Share Alike 3.0 Unported License.
Based on a work from this source