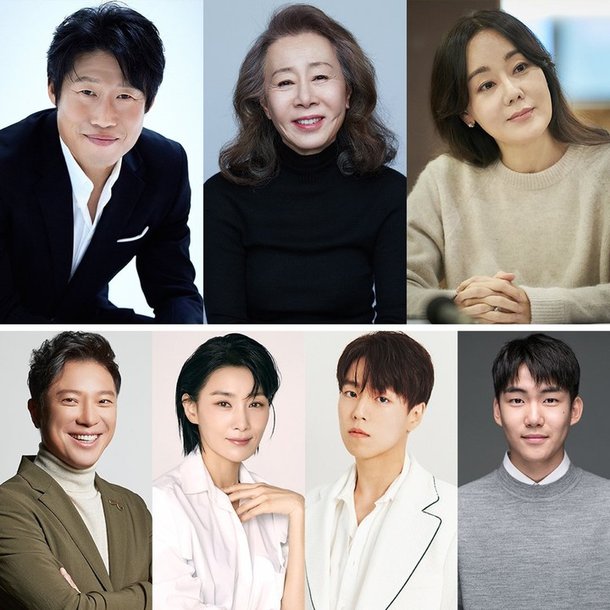 The casting for "Dog Days" has been announced.

"Dog Days" is a movie about people connected through their dogs in an animal hospital, getting to know each other, comforting each other, and sharing each others' hearts.

Yoo Hae-jin plays Min-sang who hates dogs but is the owner of a building with an animal hospital in it and show off his chemistry with Kim Seo-hyung. Yoon Yuh-jung will appear as Korea's leading architect, Yeo-jeong, who lives alone with her dog Wanda.

Kim Yunjin and Jung Sung-hwa will be novice parents Jeong-ah and Seon-yong, who have been waiting for a long time through adoption.

Kim Seo-hyung appears as a veterinarian Jin-yeong who runs an animal hospital and shows her easygoing and humane charm.

Lee Hyun-woo will be in charge of Hyun, a guitarist who doesn't know dogs but is in charge of his girlfriend's dog Sting while she is gone. It is the role that Kim Seon-ho was originally supposed to play. Tang Jun-sang appears as Jin-woo, who lives doing various delivery part-time jobs, showing a different chemistry with Yoon Yuh-jung.

"Dog Days" is director Kim Deok-min's debut film, who was a supporting director for "Hero" and "Keys to the Heart". It is scheduled to be cranked at the end of this month.