"Catch Me" Joo Won, "I learned a lot from Kim Ah-joong" 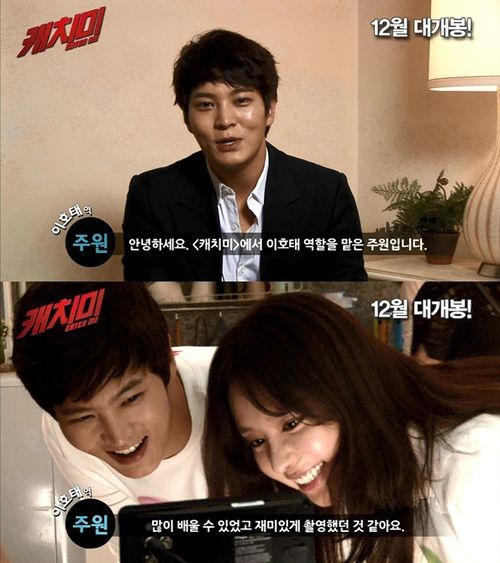 Actor Joo Won who is attempting at his first romantic comedy, he claims to have learned a lot from Kim Ah-joong.

This video is an interview of the two of them about what they think about each other.

In the role of the perfect profiler Lee Ho-tae, Joo Won said, "As many of you know, Kim Ah-joong is the queen of romantic comedies. This is my first and I learned a lot from her. It was fun".

In the role of legendary thief, Yoon Jin-sook, Kim Ah-joong said, "Joo Won is very matured and he's very tall so sometimes he seems older than me. We didn't have to say much to each other because we connected that way and depended on each other".

The video also shows the other casts from the drama and how they got along well on set.

Meanwhile, "Catch Me" is a crime romance movie about the perfect profiler Lee Tae-ho chasing after his first love Yoon Jin-sook who is a robber. To be released in December.

""Catch Me" Joo Won, "I learned a lot from Kim Ah-joong""
by HanCinema is licensed under a Creative Commons Attribution-Share Alike 3.0 Unported License.
Based on a work from this source