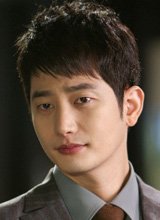 The CCTV footage shows his accuser being carried on the back of the acquaintance who introduced them as they arrive at Park's home in Cheongdam-dong, Seoul on the night of the incident.

According to police, the acquaintance stopped his car in the parking lot of the apartment complex at around 2 a.m. on Friday and is then seen carrying the woman inside.

The woman had earlier told police she passed out on the night in question and on regaining consciousness discovered she had been raped. Park claims the sex was consensual.

The three met at 11 p.m. on Thursday at a bar in the trendy Gangnam district.

Police also have surveillance camera footage from the bar where they drank. It shows the woman walking down the stairs unassisted. "She did not appear drunk when she left the bar and Park was merely escorting her so that she wouldn't fall down", the owner of the bar said.

That means she became heavily intoxicated during the 10-minute journey from the bar to the apartment. The woman apparently told police that she was surprised how quickly she became drunk, suggesting that her drink had been spiked.

Police have summoned Park for questioning on Sunday morning.